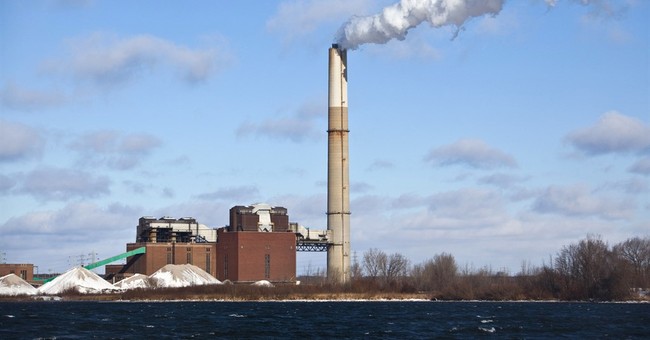 So, the EPA wants to cut greenhouse gas emissions by 28 percent of 2005 levels by 2025. It’s part of the Obama White House’s Clean Power Plan (CPP), which is aimed at dealing with the immensely overstated threat we allegedly face from global warming. The president said that when his daughter, Malia, had an asthma attack, it became personal. The plan already has an estimated 300,000 jobs on the chopping block, and it has pit GOP governors and the president on another collusion course regarding its implementation. Some 2016 presidential candidates may weigh in on this brewing policy fight as well. Yet, regarding minority-owned businesses, the impact of these policies could gut millions of jobs from black and Hispanic Americans (via Heartland Institute):

A study commissioned by the National Black Chamber of Commerce to evaluate the potential economic impacts of the Environmental Protection Agency's (EPA) clean power plan (CPP) on minority groups, found the CPP would increase poverty in the black community by 23 percent and cause the loss of 7 million jobs for black Americans by 2035.

The Black Chamber of Commerce represents 2.1 million black-owned businesses in the United States.

The report found the CPP would "decrease Black and Hispanic median household income by $455 and $515 respectively, in 2035," Alford testified.

Well, that’s certainly an ominous economic cloud looming towards these communities. Yet, the environmental community is saying that we should ignore the millions of jobs that would be lost in the black and Hispanic communities, along with their reduction in household income, because there will be fewer trips to the hospital. That’s right. We’re not seeing the big picture. There are enormous health benefits, says Kimberly Hill Knott, director of policy for Detroiters Working for Environmental Justice:

Harry C. Alford's unfounded attack on the Clean Power Plan ignores the enormous health benefits to Michigan residents achieved by reducing pollution. The plan will prevent up to 150,000 asthma attacks and 6,600 premature deaths annually by 2030 by reducing dangerous air pollution, according to the Environmental Protection Agency.

The Clean Power Plan will reduce the number of hospitalizations and deaths from asthma and other respiratory problems caused by air pollution, and protect the health of Michigan kids, families and seniors.

While defenders of the status quo repeat myths and threaten economic hardship, the truth is the Clean Power Plan will save money for low-income households. When it comes to budgets, low-income households spend 8.3 percent on electricity — and more when energy prices spike — compared to the average U.S. household which spends only 2.9 percent.

She also says that air pollution “disproportionally affects low-income and minority families.” Yet, according to the EPA, our air quality has never been better, and it continues to improve. The Institute for Energy Research labeled this news as the “silent update:”

Despite showing emissions of carbon monoxide (CO) down 40 percent, nitrogen oxides (NOx) down 42 percent and sulfur dioxide (SO2) dropping 60 percent, all since 2005, the agency stays silent, attempting to avoid any attention. More curious, is that the 2010 figures from the website were not just updated, but removed. Ironically, the change from 2010 to 2012 in many emissions areas showed improvement in air quality increasing at a faster rate