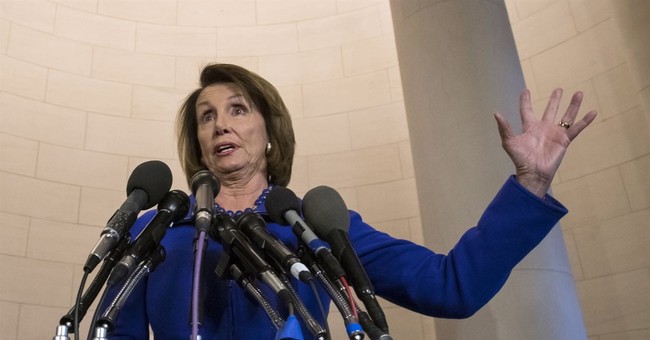 One of the Left's favorite 'End of Discussion' tactics entails hysterically declaring policies they oppose to be literally lethal. Proposal X will kill a bunch of people, they exclaim, effectively casting supporters of Policy X as heartless, blood-on-their-hands ghouls.  In truth, it's this demagogic method of debate that's ghoulish.  Granted, there are issues on which public policy disputes clearly do involve life-or-death judgments, including abortion (the Democratic Party platform explicitly endorses taxpayer-funded, late-term abortion as a fundamental "right"), capital punishment, and war.  But the extent to which liberals are willing to shout "death!" as a substitute for rational policy arguments is reaching farcical depths.

We hear it on guns, even if it's unclear (at best) whether the ideas they promote would actually reduce deaths.  We hear it on healthcare, even when -- by their own unserious standards -- their preferred policies are also "killing" people.  And now, we're hearing it about, um, tax reform.  That's right, a prosaic political argument about tax brackets and corporate pass-through rates is now being adjudicated by some as if it's the equivalent of a miniature genocide.  We are once again learning that according to the Left, today's current level of government spending and revenue extraction represents the bare minimum required to stave off widespread human misery and death.  It's ridiculous and exhausting:

“Don’t kill us, kill the bill!” Police bringing out arrested protesters from inside hearing. #TrumpTaxScam pic.twitter.com/yY4vWO8DHm

This preposterous garbage is derived from the following "logic:" (1) The Senate bill repeals Obamacare's individual mandate tax, the strength of which has always been vastly overestimated, based on empirical data. (2) Because people would no longer be legally required to purchase Obamacare plans, some significant number would choose not to (strangely, CBO projection assumes this includes millions of Medicaid recipients, who are effectively paying nothing out of pocket for that program's substandard and wasteful coverage).  (3) Studies point to a statistical correlation between private health insurance and better health outcomes (this is not true of Medicaid, incidentally), and therefore some people could be adversely impacted by their own decision to eschew Obamacare plans that they either don't like or can't afford.  (4) People voluntarily choosing to opt out of Obamacare is therefore tantamount to them being "kicked off of" healthcare. (5) DEATH!

While we're at it, why not make the case that because the overwhelming majority of middle class taxpayers will receive tax relief under the GOP plan, tens of millions of people will have access to more disposable income -- which could, in turn, result in them planning more recreational road trips, which would increase their chances of being killed in traffic accidents.  This bill truly is a death factory.  By the way, since this entire 'body count' argument rests on an expected dip in Obamacare sign-ups, it looks like the law's failures are "killing" people already:

Even the guru of ACA enrollment figures--Charles Gaba, who runs ACASignups.net [2]--concedes that total Exchange enrollments this year likely will top out at only 10 million. Yet even this prediction (made just before the open enrollment began) now already seems optimistic. To hit that target, the pace of enrollments for the balance of the open enrollment period would have to be 2.2 times as high as we've observed in the first 19 days! Not impossible, to be sure, but neither is this highly probable...at the current pace of enrollments, Obamacare Exchanges are now on track to have 18 to 28% fewer members than at the end of last year's open enrollment.

Obamacare supporters will argue that poor 2018 numbers can be chalked up to Trump "sabotage," as the new administration has slashed funding for pro-Obamacare advertising and cut the enrollment period in half. But as you can see, the phenomenon of sign-ups grossly underperforming CBO expectations began during the Obama years -- back when the executive branch of the federal government was doing everything in its power to boost the law:

This is another reason why the "GOP sabotage" narrative has always been a political scapegoat more than a reflection of reality. The law is failing because the law is fatally flawed. I'll leave you with this quip from our former Townhall colleague and current aide to Sen. Mike Lee, Conn Carroll, reacting to initial calls to repeal tax reform -- i.e. "armageddon:"

Yep, that's precisely what repeal be: A giant tax hike on the middle class. Go for it, Democrats.