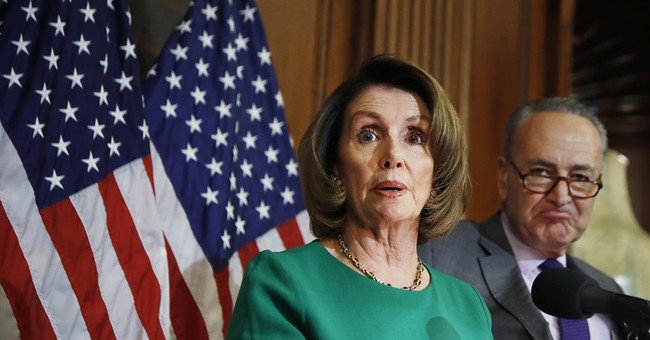 Conservative healthcare policy wonk Avik Roy, a strong supporter of the imperiled Senate healthcare bill, wrote an eye-opening analysis over the weekend.  He examined and applied leaked data in order to demonstrate how the nonpartisan Congressional Budget Office would score any GOP Obamacare replacement bill as "denying" coverage to at least 16 million Americans.  That's due to CBO's fanatical belief in the power of the existing law's individual mandate tax, an article of faith to which they've clung, despite hard contradictory evidence.  For the first time, Roy is able to reveal exactly how heavily -- and dubiously -- CBO leans on the strength the individual mandate in producing its coverage numbers.  This is vitally important context for the current healthcare debate, both in terms of swatting down Democrats' favorite attack line, as well addressing as moderate Republicans' top hesitancy.  He begins by noting the bizarre stability of Congressional bookkeepers' "lost" coverage figures, no matter how vastly various Republican-backed 'repeal and replace' measures may differ:

It should be noted that CBO's score of a repeal-only measure under which Obamacare's regulations remained in place pegged this number significantly higher, at 32 million.  Roy goes on to use previously-unpublished data to highlight precisely how individual-mandate-centric  (and therefore unreliable) CBO's coverage calculations are:

Thanks to information that was leaked to me by a congressional staffer, we now have the answer.  Nearly three-fourths of the difference in coverage between Obamacare and the various GOP plans derives from a single feature of the Republican bills: their repeal of Obamacare’s individual mandate. But the CBO has never published a year-by-year breakout of the impact of the individual mandate on its coverage estimates. But CBO has developed its own estimates of that impact, during work it did last December to estimate the effects of repealing the individual mandate as a standalone measure. Based on those estimates, of the 22 million fewer people who will have health insurance in 2026 under the Senate bill, 16 million will voluntarily drop out of the market because they will no longer face a financial penalty for doing so: 73 percent of the total. As you can see in the above chart, two factors—repealing Obamacare’s individual mandate and the CBO’s outdated March 2016 baseline—explain nearly all of the CBO-scored coverage difference between GOP bills and Obamacare.

So fully 73 percent of "lost" coverage would arise from individuals making a choice to exit the marketplace after the federal government ceased requiring every American to purchase insurance.  CBO analysts apparently believe the mandate has mystical influence over consumers' decisions, unlike other incentives built into Republican bills -- such as a surcharge for non-continuous coverage, or a six-month waiting period to obtain plans for people with nonexistent or lapsed coverage.  The folly of this approach is exposed by the second factor Roy mentions, which accounts for almost all of CBO's remaining coverage differential between Obamacare and various replacement plans: The "outdated baseline."  What does that mean?  Put simply, CBO has always vastly overestimated how many people would be compelled by the individual mandate tax to purchase plans.  Even as their projections have been disproven by actual Obamacare sign-ups, CBO hasn't sufficiently updated their expectations to reflect, well, reality.  They've instead rooted their latest analyses in 2016 projections that have already been debunked by real-life results, to the tune of millions of people.  This is a critical point I made in my fact check piece on the dishonest, CBO-aided "22-23 million lose coverage" talking point.  Remember this graph?

Those blue lines merely remind us of how strikingly inaccurate CBO's original expectations were.  The red line is the "outdated baseline" that they are still using to score Republican legislation, despite the light green line, representing real-life sign-ups.  Just consider the 2017 data points alone:  Three years ago, CBO anticipated that Obamacare would enroll 24 million consumers on the exchanges this year.  Last year, that estimate had fallen to 15 million.  The real number?  10.3 million and falling, quite likely dipping to around nine million by the end of this year.  That's a six million person misfire that's built into CBO's analysis of the GOP bills.  That's indefensible. Here is Roy's conclusion in a companion piece at Forbes: "There’s a simple way for Republicans to highlight the CBO’s mandate mania: have CBO score one version of the bill with an individual mandate, and one version without. It’ll make as plain as day what those of us who follow this stuff see up close: that the mandate is the secret sauce driving the CBO’s faulty coverage predictions."  In short, of the scary 22 million "lost coverage" number, almost all of it is attributable to people choosing not to buy something they weren't required to, coupled with that bogus, inflated analytical baseline.  Some of it also relies on the flawed expectations that (a) millions of additional consumers will somehow be persuaded by the mandate in the coming years (why? how?), and (b) that hypothetical future Medicaid expansion in certain states will be canceled by 'repeal and replace.'

So virtually every person who would allegedly be "stripped" of coverage under the GOP plan would either be making a conscious choice of their own volition, or currently do not have coverage (but supposedly would in the future).  You can argue that this is an undesirable outcome, but you can't responsibly call it lost coverage.  It just isn't.  I'll leave you with one more statistic.  Yes, the GOP proposals on the table are polling terribly, largely because the center-left is uniformly and hysterically opposed to them -- while conservatives are divided and unsure about what is actually in the bills.  Misinformation, including the "lost coverage" distortion explained in this post, is rampant.  This has led some partisans to spin a tale that the failing Obamacare status quo is suddenly popular.  A recent USA Today poll showed that only 11 percent of Americans favor keeping Democrats' law intact, as is.  Here's another national survey conducted for CNN, published late last week:

A majority still supports repeal, albeit on varying timelines, whereas only 35 percent of voters want the GOP to walk away from the push they've been promising for seven years.  That would not be the outcome of a poll about a thriving, successful, newly-beloved law that people want to keep.