Under the Left's Demagogic Standards, Obamacare is 'Killing' Tens of Thousands of Americans 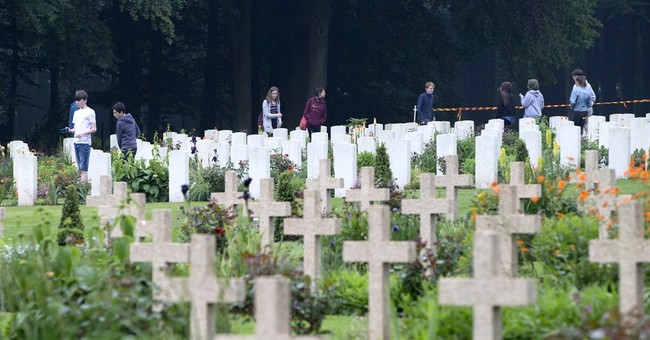 As we mentioned in a previous post, a popular talking point against Republicans' (rather modest) Obamacare replacement effort is that it would result in thousands of deaths.  It's a tax cut paid for with "blood money," fumes racial-hoax propagator Elizabeth Warren.  It's "evil" sneers incurable demagogue Chris Murphy.  The GOP is setting itself up to be the "death party," scolds twice-failed presidential candidate Hillary Clinton.  A number of these arguments are traced back to the bill's "mean" cuts to Medicaid, a government program originally designated to serve America's poorest and most vulnerable citizens.  Medicaid was failing on the merits before Obamacare expanded it to include millions of new people, many of them able-bodied childless adults living well above the poverty line.  And thus, new strains were placed on a hugely expensive program already suffering from poor health outcomes and constraints on access to care.  Here are a few succinct expositions of the compounded unfairness of Obamacare's Medicaid expansion, via Yuval Levin and the Wall Street Journal editorial board, both of whom I quoted earlier:

Today, people newly covered by Obamacare’s Medicaid expansion (who tend to be childless adults with relatively higher incomes than the non-expansion population) are funded by the federal government on much better terms than the traditional Medicaid population (which tends to include more women with children and people with even lower incomes)...the Senate bill would gradually equalize funding for the two groups, effectively shifting Medicaid’s focus back to the most vulnerable of its beneficiaries. In states that respond to that by pulling back the expansion—and for states that have not pursued an expansion—the fact that the [GOP bill's tax credits] now [go] all the way down [to the bottom of the income scale] means the Senate bill would provide an income and age-based subsidy that would allow these lowest-income individuals to afford at least modest insurance coverage in the individual market.

The budget will never balance, and debt will continue to accumulate, if Congress can’t modernize entitlements...Liberals call block grants heartless, but ObamaCare increased Medicaid enrollment by 29% to 74.5 million Americans—one of four citizens—in a program originally meant for poor women and the disabled. Equalizing payments for these traditional beneficiaries and ObamaCare’s new able-bodied adult enrollees above the poverty line is uncaring only in liberal caricature. The real scandal is Medicaid’s poor health outcomes and a funding formula that doesn’t encourage states to prioritize the neediest Americans.

Republicans' plan would make Medicaid fiscally sustainable, and gradually revert back to a model that prioritizes help to the poorest people, who need the most help.  It's perverse that the federal government provides a more generous funding formula for Medicaid's better-off, better-situated expansion enrollees than the original, neediest population for whom Medicaid was supposedly created in the first place.  And while the GOP proposal would reform the structure of the program by offering a capped per-capita annual allowance to each state (which would foster restraint, prioritization, innovation, and creativity), the notion that it makes drastic "cuts" to the overall program is deeply misleading.  Former White House spokesman Ari Fleischer, frustrated by these word games, has been teeing off on this point:

There are NO Medicaid cuts in GOP reforms. For decades, the press has done a rotten job dealing w budget stories. Here are the numbers:

Today, Federal Medicaid spending is $389 billion. Under GOP reforms,it will increase to about $500 billion in 2027.


This funding increase of tens of billions of dollars is nevertheless cast as a "cut" because it would spend less than Obamacare would.  Beyond this point, a raft of data indicates that in the aggregate (obviously, this does not apply to all individual cases), Obamacare has not saved American lives.  In fact, life expectancy has dropped for the first time in decades under the law, with particularly bad news in Obamacare Medicaid expansion states:

Public-health data from the Centers for Disease Control confirm what one might expect from a health-care reform that expanded Medicaid coverage for adults: no improvement. In fact, things have gotten worse. Age-adjusted death rates in the U.S. have consistently declined for decades, but in 2015 — unlike in 19 of the previous 20 years — they increased. For the first time since 1993, life expectancy fell. Had mortality continued to decline during ACA implementation in 2014 and 2015 at the same rate as during the 2000–13 period, 80,000 fewer Americans would have died in 2015 alone. Of course, correlation between ACA implementation and increased mortality does not prove causation. Researchers hypothesize that increases in obesity, diabetes, and substance abuse may be responsible. But thanks to the roughly half of states that refused the ACA’s Medicaid expansion, a good control group exists. Surely the states that expanded Medicaid should at least perform better in this environment of rising mortality? Nope. Mortality in 2015 rose more than 50 percent faster in the 26 states (and Washington, D.C.) that expanded Medicaid during 2014 than in the 24 states that did not.

If conservatives were inclined to traffic in the same brand of ugly, motive-impugning hysteria that many liberals have embraced on healthcare, they could throw nuance and causation arguments to the wind and simply shriek that Obamacare killed 80,000 Americans in 2015.  And that politicians who expanded Medicaid have even more blood on their heartless, cruel, murderous hands.  By the way, is there evidence that Obamacare actually has had a causal effect on increased death rates?  A look at opioid abuse and overdose-related death statistics suggests that yes, it is likely a contributing factor:

4. Rates of overdose in Medicaid expansion and Holdout states quite similar prior to 2010, and then diverged right around ACA passage. pic.twitter.com/8yDaCoOQrz


Read this entire thread, which provides in-depth data pointing to increases in insured rates (greatest in Medicaid expansion states), coinciding with a measurable, significant, commensurate uptick in drug overdose deaths.  As NBC News recently reported, insured people have easier access to pills and drugs -- a fact that some terrible people have been capitalizing on by exploiting loopholes in well-meaning government programs to "rehabilitate" drug abusers.  Looking at the information linked above, one could make a simplistic, accurate, and unfair argument that Obamacare is killing people, and that Obamacare boosters are responsible for tens of thousands of deaths.  This is how the Left is currently demonizing Republicans.  The more serious assessment would be to say that in a genuine attempt to mitigate problems X, Y and Z, Obamacare backers inadvertently opened a can of worms, leading to an explosion in problems A, B and C.  The truth is that laws require trade-offs and can generate unforeseen consequences -- and healthcare represents an uniquely large, complex policy challenge.   If only liberals would acknowledge these applicable dynamics when reviewing the GOP's Obamacare replacement proposals.

But as long as the debate over addressing Democrats' failing healthcare experiment has degenerated into "you're selfish, uncaring, blood-stained killers!" shouting, liberals should know that two can play that nasty and counter-productive game, if necessary.  And under their own standards, their hands are dripping with the blood of 80,000 innocent Obamacare victims, or whatever.  A less demagogic and entirely accurate approach would involve reminding Americans that Democrats lied to them incessantly while passing a healthcare scheme that is collapsing, harming millions, and getting worse.  And that their so-called "solutions" entail ever more government, ever more spending -- and worse.  I'll leave you with this development, which should not come as a surprise:

Big: Senate Republicans won't vote on the health care bill this week at all, a Senate GOP source tells @TheIJR

NEWS!!! Trump is inviting all GOP senators to the White House today for a meeting at 4 p.m.