Nonpartisan Analysis: GOP Plan Would Reduce Taxes and Increase Incomes Across 'Every Scenario Modeled,' Especially for the Middle Class 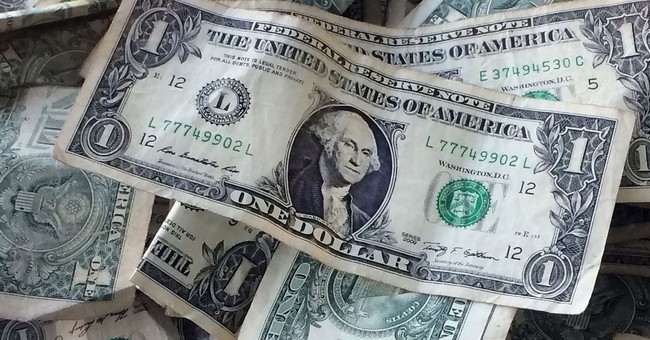 UPDATE - In a significant step forward, the US Senate has adopted a crucial "motion to proceed," triggering a formal floor debate over the GOP tax reform bill.  It was a strict party line affair: All 52 upper chamber Republicans voted in the affirmative, whereas every single Democrat -- including "moderates" like Joe Manchin, Claire McCaskill, Joe Donnelly, Jon Tester, Bill Nelson and Heidi Heitkamp -- dutifully saluted Chuck Schumer and voted to block even debating middle class tax cuts and simplification.  The Democrats failed, and the bill is now on the floor.  This is an important procedural win for the GOP, but final passage will be a bigger test.

ORIGINAL POST - We'll get to the study mentioned in the headline shortly -- but first, it's already time for another tax reform fact check, necessitated by the Left's relentless machine of anti-reform propaganda and distortions.  On MSNBC, anchor Ali Velshi butchered the facts on the Congressional Budget Office's analysis of the projected impact of Senate Republicans' tax reform bill.  Here's the segment in which he disseminates, well, fake news, followed by an explanation of exactly how he misrepresented the CBO chart. Via the Free Beacon:

That's a bad error, but isn't it still troublesome that the data he references estimates that the very lowest income groups would end up contributing more revenue (collectively) to the federal government, whereas that burden gets reduced for all other households making $40,000 or more annually?  Well, that might seem like a very serious problem if you were operating without context.  In reality, these fictional "tax increases" arise from the bill's repeal of Obamacare's individual mandate tax.  Just as people choosing not to purchase Obamacare plans that they don't want or can't afford is not "kicking them off of healthcare," people choosing to forego federal dollars in the form of Obamacare subsidies is not "raising taxes" on them.  Those are voluntary decisions.  Here are the real numbers:

For political reasons Obamacare called its subsidies "tax credits" and runs them through the IRS, even though it's really spending.

If people CHOOSE not to buy, CBO pretends the foregone subsidies are a tax hike.

Reductions across the board, with the exception of a few income groups at the end of the budget window -- due to the on-paper expiration issue (another source of misleading demagoguery) we dealt with at length yesterday.  Here's more from National Review:

For more than a week now, some media outlets have been running wild with “distributional tables” from the Joint Committee on Taxation and the Congressional Budget Office claiming that — as a CNN headline last night put it, though the story itself was much better — “Poor Americans would lose billions under Senate GOP tax bill.” This is entirely an artifact of how the agencies approach the individual mandate, which the bill repeals. They think a lot of lower-income Americans won’t buy health insurance absent a requirement that they do so, and that as a result these individuals will get less in government subsidies. As Nicole Kaeding of the Tax Foundation put it, “Less of an advanceable refund from the Treasury results in the appearance of a tax increase.” She pointed out that the JCT itself had released a separate table that excluded the effects of repealing the mandate and showed, unsurprisingly, that all income groups got a tax cut. We now have such a table from the CBO as well. Through 2025, after which point the individual tax cuts expire (though they’ll likely be renewed by a future Congress), all income groups see a tax cut.

It's also worth recalling that CBO has routinely and vastly overestimated the power of the individual mandate tax, leading to scary-looking, inflated numbers that hurt Republicans during their failed 'repeal and replace' push. For example, great number of those who'd supposedly "lose coverage" with the mandate axed are...Medicaid recipients.  Medicaid is free to beneficiaries (but not taxpayers, obviously).  They're trying to tell us that people will give up free (if deeply substandard) coverage just because they're no longer required to hold it?  It's totally illogical. Meanwhile, feast your eyes on this infographic from the nonpartisan Tax Foundation, illustrating how various households would be be impacted by the Senate GOP tax reform package.  As you peruse these numbers, recall that the Left is screaming that these proposals are anti-middle class monstrosities:

Quote: "Our results indicate a reduction in tax liability for every scenario we modeled, with some of the largest cuts accruing to moderate-income families with children."  The majority are automatic winners, as they're among the vast majority of all filers who take the (roughly doubled) standard deduction.  Every household profiled in the analysis gets a tax cut and an increase in after-tax earnings.  The smallest percentage cut and income boost goes to the richest couple.  Another busted narrative.

Parting thought: Many lefties are dismissing the Tax Foundation analysis, complaining that the group is "nonpartisan in name only."  By that standard, the same could be said of the left-leaning Tax Policy Center, which...also found that Americans across all income groups, on average, would get a tax cut under the House-passed Republican bill.