Lisa Boothe is a Senior Director at the Black Rock Group, a political consulting and strategic communications firm. She has spent the past seven years working in politics, both on Capitol Hill and political campaigns. Lisa has extensive experience in creating and executing strategic messaging and communications plans on a broad range of issues.
After starting her career on Capitol Hill with Representative Frank Wolf (VA-10), Lisa joined the communications shop of the National Republican Congressional Committee (NRCC) during the historic 2010 election cycle. After her time at the NRCC, Lisa served as the Communications Director for Representative Sandy Adams (FL-24).
During the 2012 election cycle, Lisa served as the chief spokeswoman for the Sandy Adams for Congress and Tommy Thompson for Senate campaigns. Lisa then went on to work as the Communications Director for Representatives Mark Meadows (NC-11) and Shelley Moore Capito (WV-02). During that time, her peers elected her as the President of the Republican Communications Association.
Articles 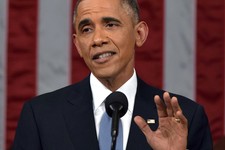