President Obama Has Left the Middle Class Behind 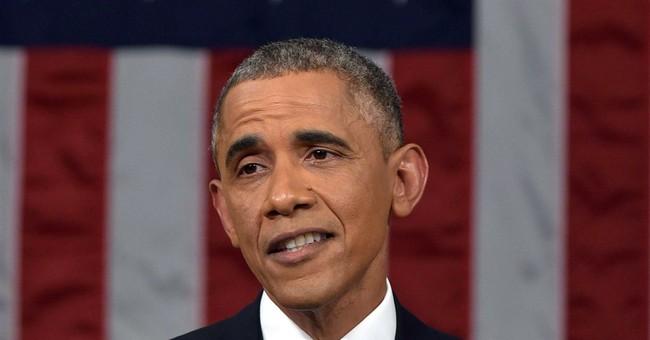 Almost a year before the Iowa caucuses, the fight for the middle class is already well underway. President Barack Obama made income inequality the centerpiece of his State of the Union address, and Hillary Clinton has been honing a populist narrative in recent appearances, though presumably not in her paid speeches to the likes of Goldman Sachs.

But as Republican presidential candidates prepare to run, it is absolutely imperative that they articulate to middle-class families just how badly Democrats have failed them. The truth is that President Obama has left middle class voters behind and they would fare no better under a Hillary Clinton presidency.

While the top 10 percent of earners have seen their incomes rise, middle class families are making less than they did in 2009. According to Forbes, “families in the bottom three income quintiles saw their average net worth drop anywhere from -13% to -21% from 2010 to 2013 … while the net worth of upper income families increased anywhere from 2% to 14%.”

A Reuter’s analysis also sheds light on the struggles of middle class Americans who have seen jobs added to the top and bottom of the wage scale but witnessed their own prospects diminish. Industries like manufacturing and construction have bled 722,000 jobs since President Obama took office. All the while, tens of millions of Americans remain unemployed or underemployed, and wages remain stagnant for too many people who do have a job.

Yet, instead of focusing on policies that would grow the economy for all Americans, President Obama’s kneejerk reaction is to propose tax hikes and more spending. His “rob Peter to pay Paul” mentality serves only to punish businesses that could otherwise expand and grow, ultimately hurting the economy and middle class families.

The reality is that we cannot afford President Obama’s calls for higher taxes, free community college and federal employee giveaways, nor would they benefit middle class families in the long run. Instead, those proposals would put middle-class families on the hook for billions of dollars in new spending. Americans have no reason to trust this administration with their hard-earned money.

Since taking office in 2009, he has amassed a horrific investment track record – one that would put him out of business if he were a financial adviser. The over $800 billion stimulus cost hundreds of thousands of dollars per job, and it failed to create the amount of jobs that were promised. ObamaCare is no different: the law would cost Americans over $2 trillion dollars and only helps about 5 percent of voters. President Obama also failed to keep his commitments to middle class voters about his signature law.

Families across the country have seen double-digit insurance premium increases and have had their preferred plans cancelled. While 85 percent of Americans approved of their healthcare plans before ObamaCare, the majority of voters in the country have disapproved of the healthcare law since its inception, so much so that it led to historic losses for Democrats in both the 2010 and 2014 midterm elections.

Middle class families have also paid the price for the president’s regulatory onslaught. According to the American Action Forum, “36 regulations issued during the Obama Administration will increase consumer prices by more than $11,000,” – hikes felt most strongly by already-struggling middle class families.

American families deserve a president who accepts political realities and is willing to work with the Republican-led Congress to help build a stronger economy for everyone. President Obama can begin with getting the government out of the way of America’s energy boom. Oil production in the U.S. has grown by 70 percent since 2008 but that’s thanks to hydraulic fracturing and horizontal drilling on private and state lands. Meanwhile, President Obama has fenced off federal lands and placed government regulations in the way.

For an example of how increased energy production could benefit middle class families, look no further than North Dakota. The state’s economy has doubled over the past 11 years because of its booming oil industry, making it one of the nation’s fastest growing economies. That boom is creating tens of thousands of good-paying middle class jobs, the very workers who have been left behind by the Obama economy.

Republicans have an opportunity this Congress and heading into the 2016 elections to contrast President Obama and the Democrats’ failed record on the middle class with policies that will build a stronger economy for everyone. They can start by fighting for energy development with policies like the Keystone XL Pipeline, overhauling our nation’s tax code to spur economic growth, and repealing ObamaCare.