BREAKING: Sens. Chuck Schumer and Kirsten Gillibrand Stab Cuomo in the Back As They Call on Him to Resign 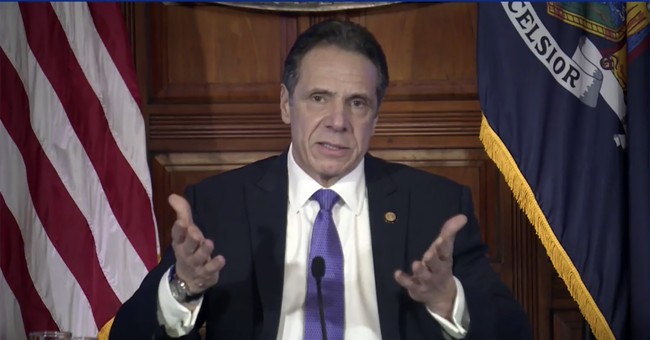 “Confronting and overcoming the Covid crisis requires sure and steady leadership. We commend the brave actions of the individuals who have come forward with serious allegations of abuse and misconduct. Due to the multiple, credible sexual harassment and misconduct allegations, it is clear that Governor Cuomo has lost the confidence of his governing partners and the people of New York. Governor Cuomo should resign.”

The senators, both Democrats representing New York State, are not the only ones, but are most significant leaders to call on Cuomo to resign, not only because of how high-profile they are, but because it took them so long.

Cuomo gave a press conference earlier on Friday where he once again refused on him to resign. This time, the disgraced governor even denigrated his accusers by calling their motivations into question:

These eventual calls to resign came after the accusers responded to Cuomo's statements, including Lindsey Boylan, one of Cuomo's seven accusers, who tweeted that Gillibrand and Schumer were "cowards" and issuing multiple tweets detailing supporting primary opponents of theirs, complete with a forthcoming PAC to do so.

In addition to facing allegations of sexual misconduct--now including assault which may rise to the level of a crime--critics have gone after Cuomo for his devastating nursing home scandal.