Accusers Respond After Cuomo Suggests They Have Sinister Motives 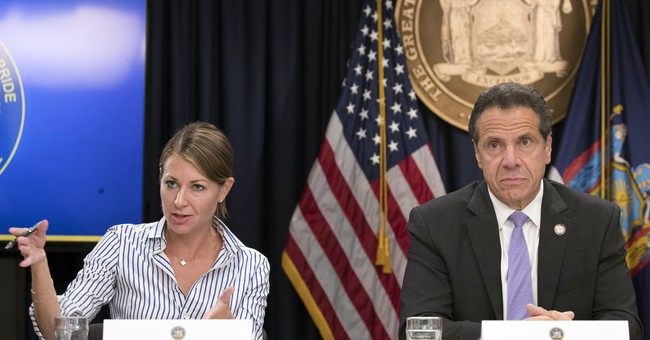 New York Gov. Andrew Cuomo was defiant on a conference call with reporters on Friday as they confronted him about the now half a dozen sexual harassment allegations against him. He was adamant that he's never harassed or abused anyone and he lashed out at the Democratic lawmakers who have been calling on him to resign as "reckless and dangerous." Democrats like Reps. Jerry Nadler and Alexandria Ocasio-Cortez.

According to the governor, these lawmakers are jumping the gun and should wait until the investigations into the matter have concluded. He also suggested that his accusers had sinister motives for accusing him of harassment.

“There are often many motivations for making an allegation and that is why you need to know the facts before you make a decision," he claimed.

Lindsey Boylan, the former state employee who was the first accuser to come forward and tell her story, reacted on Twitter.

The most reckless and dangerous person is @NYGovCuomo.

Step down or be removed.

Charlotte Bennett, a former employee who claims Gov. Cuomo used to ask her about her sex life, did not appear to accept Cuomo's claims either.

Thank you @rtraister — your piece is so accurate: demeaning nicknames; flirtation to control & humiliate; abuse & retaliation from top female aides; poorly managed operations paired with brute force to get anything done. The list goes on. Far & away the worst 2 yrs of my life. https://t.co/iA4H3PLJoN

Even Democrats who previously supported the governor's request that we wait for the investigations to conclude are now backtracking.

“Over the past several weeks we have heard the stories of strong and brave women," Rep. Brian Higgins said in a statement on Friday. "I previously issued a statement supporting ongoing, independent investigations into early accusations, but given continuing new accounts, it is clearly time for the Governor to resign. This a challenging time for New York.  There is too much important work to be done.  We need to move forward.”

Noticeably quiet during the scandal are Sens. Chuck Schumer and Kirsten Gillibrand. Boylan called them both "cowards."