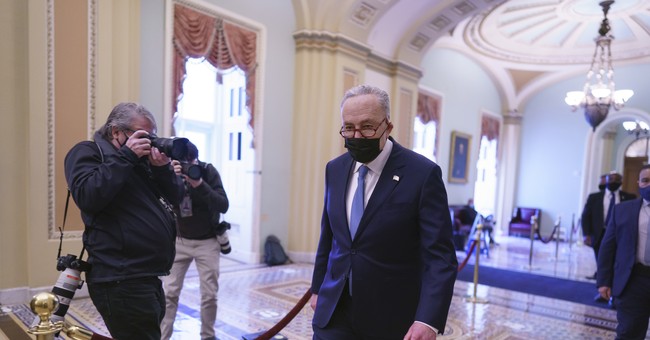 After six women came forward with claims of harassment against the governor, Schumer would not compel Cuomo to step down.

“The allegations that have been brought forward against Cuomo are serious, so troubling, and should be looked at. The most recent one is just nauseating,” Schumer told MSNBC’s Morning Joe. “I’ve always felt that sexual harassment is not tolerable. You cannot tolerate it, you cannot accept it. Early on I called for a thorough, complete investigation.”

Schumer indicated that he has full faith in the probe into Cuomo’s conduct, adding that New York Attorney General Tish James will “turn over every stone” and “resist any outside interference, political or otherwise.”

A growing number of New York’s congressional delegation, in addition to the vast majority of state lawmakers, have called for Cuomo’s resignation. Schumer's counterpart representing New York in the upper chamber, Sen. Kirsten Gillibrand (D-NY), has also declined to tell Cuomo to step down from his position. Both lawmakers have claimed to have a "zero-tolerance" policy for sexual harassment, particularly if a Republican is the accused party.

Cuomo denies the allegations and doubled down on his refusal to resign on Friday, insisting that he will not "bow to cancel culture."

#BREAKING: Gov. Andrew Cuomo claims: "I am not part of the political club" and say he won't bow to "cancel culture." pic.twitter.com/GNotTV5YGZ