Friday Filibuster: The Battle for the White House Is On 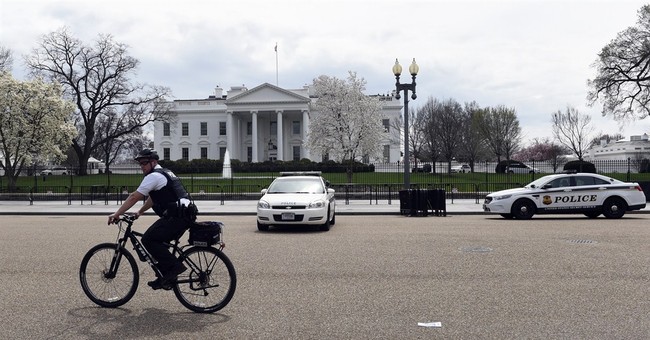 The Friday Filibuster: The one-stop-shop for everything you need to know about this week in politics.

20% of Millennials describe themselves as Libertarian

13.6% of likely voters in South Carolina would choose Gov. Scott Walker over all other GOP candidates for president.

70,000—the number of pages in the federal tax code

6—the number of months Cuba hasn’t been involved in sponsoring terrorism, thus making it OK by Obama to take the country off the list

300,000—the number of jobs the EPA could put on the chopping block

57% of Americans say Hillary Clinton will be the 45th president

Hillary Clinton officially jumped in the race on Sunday and it’s been an endless display of campaign fodder ever since, from the Scooby van, which she had in 2000 for her Senate race, to reporters desperately chasing said van,  to her already lying about her grandparents being immigrants, and tipping off the press about her "spontaneous" Chipotle visit. But as Guy points out in his analysis of her entrance into the race, she’s a vulnerable frontrunner. DNC members can’t name a single one of her accomplishments, the Clinton Foundation will continue receiving donations from foreign governments, and she still doesn't even have her positions on significant issues up yet and Not that it will matter, but former Rhode Island governor/former Senator/former Republican/former Independent Lincoln Chafee may also be running for the Democratic nomination.

Florida Sen. Marco Rubio officially jumped in the race this week, and already took some shots at Hillary’s campaign launch; Ted Cruz joined in, saying Hillary Clinton is really no different than President Obama. Potential GOP presidential candidate Carly Fiorina noted that the presidency isn’t about gender, it’s about track records—we’ll see how that plays out in the coming months, however. Ben Carson will make a presidential announcement on May 4, and New Jersey Gov. Chris Christie proposed significant changes to major entitlement programs, perhaps a political Hail Mary? Unsurprisingly, Democrats are not pleased with the GOP crop of presidential candidates; Sen. Harry Reid thinks they’re all “losers” and DWS appears concerned that Rand Paul will “let women die.”

Ann Coulter has released the cover and title of her new book this week, which attacks "the immigration issue head-on." Editor of the Conservative Book Club sat down with Salem radio host Hugh Hewitt to talk about his new book "The Ten Commandments: Still The Best Moral Code." And Cortney O'Brien caught up with Christy Beam, author of the new book, "Miracles From Heaven: A Little Girl, Her Journey to Heaven, and Her Amazing Story of Healing,” to talk about her daughter's miraculous healing after falling 30 feet inside a hollow tree.