EPA Could Put Nearly 300,000 Jobs On The Chopping Block 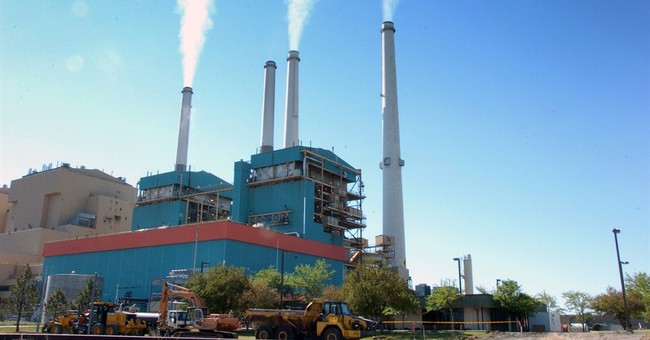 Combating climate change has been a priority of the Obama administration, and there’s a new regulation to be released this summer that outlines significant reductions in greenhouse gas emissions. It aims to cut them by nearly 30 percent between 2025-2030. Based on the calculations by American Action Forum (AAF), this new regulation would force one-fifth of coal plants to close at an initial cost of 80,000 jobs. Yet, AAF also noted "secondary employment impacts," which could soar to nearly 300,000 jobs lost, which is roughly the population if Cincinnati:

Buried in one of EPA’s

AAF used the 49 GW figure [the estimated amount of power lost with this new regulation] and EPA’s eGRID data to find the least efficient affected power plants, as measured by heat rate and pounds of CO2 emitted per megawatt hour (CO2/MWh). Anticipating that the least efficient coal facilities are most at risk for closure, AAF identified the 93 least efficient power plants that produced about 50 GW of power.

PA predicts that if states adopt only options one and two of the administration’s plan for power plants, 80,000 energy industry jobs will be lost to EPA climate regulations.

For perspective, 80,000 jobs is larger than the population of Napa, CA. But this is only the first part of the story. EPA never quantifies the secondary employment effects of these lost jobs. A 2009 PricewaterhouseCoopers study found that one energy job supports 3.7 additional jobs. Using a jobs multiplier of 3.7, applied to the 80,000 lost jobs that EPA concedes, yields about 296,000 lost jobs across the U.S.

To put the figure of 296,000 lost jobs in context, the average annual pay in the “fossil fuel electric power generation” industry is $103,645 and the average coal mining salary is $82,068. This means that by 2030, the economy could lose $27.7 billion in wages, larger than the GDP of Jamaica. However, nowhere in EPA’s Regulatory Impact Analysis (RIA) do they monetize the loss of these jobs or wages.

The spread of the job loss won’t be equal either. Virginia could potentially see over 7,000 jobs lost due to this new regulation.

So far, West Virginia and Texas have shouldered the bulk of the job losses from existing EPA regulations on power plants. The facts, figures, and costs can also be found on their Regulation Rodeo portion of their site. Since 2008, the total number of new finalized regulations is 2,597, the cost amounts to $733 billion dollars, and that adds up to 500,787,395 in paperwork hours. You can go through a line-by-line account of the red tape coming out of Washington.

As I've written previously, we’ve experienced the calmest Hurricane season in 30 years, the quietest tornado season in 60 years; the creation of 19,000 Manhattan islands worth of sea ice, and the Arctic Ice Cap has grown by 533,000 square miles. In 2007, the BBC warned the cap could vanish by 2013. Oh, and we’re at the most industrialized point in human history–and air quality couldn’t be better, according to the EPA. It’s hard to justify the potential cannibalization of nearly 300,000 jobs with such figures.

Oh, and Americans really don’t care about climate change; they care about jobs and the economy.

As for the EPA, well, they seem to be wasting taxpayer funds on research equipment that they haven't used in years (via Citizens Against Government Waste):

A March 16, 2015 EPA Inspector General (IG) report found that $2.95 million of sampled EPA research equipment went unused for two to 14 years in the Office of Research and Development (ORD). The IG reviewed “capital equipment,” defined as a piece that costs more than $75,000, at three of ORD’s 14 research facilities nationwide.

The IG “determined the date the equipment was last utilized,” and found that 30 of the 99 pieces of capital equipment reviewed, or 30 percent, hadn’t been utilized for between two and 14 years. The report provided a harsh assessment of the agency’s cost-controls, concluding, “The EPA does not manage its scientific equipment as a business unit or enterprise. ORD managers and staff are not aware of federal property management requirements.” This latest review followed previous reports from the IG, the Government Accountability Office, and the National Academy of Sciences on unused EPA equipment since 2011.