Mr. Forbes is a distinguished leader in the business community. He is President and Chief Executive Officer of Forbes and Editor-in-Chief of Forbes magazine, and is also a frequent business commentator for Fox News Channel's "Forbes on Fox."

In 1985, President Reagan appointed Mr. Forbes as Chairman of the bi-partisan Board for International Broadcasting (BIB), where he directed the programming for Radio Free Europe and Radio Liberty. He was reappointed by President George H.W. Bush and served until 1993.

In 1996 and 2000, Mr. Forbes ran as a Republican candidate for president on a platform that advocated a flat income tax.

He is currently on the boards of The Ronald Reagan Presidential Foundation, the Heritage Foundation and The Foundation for the Defense of Democracies, and is the author of two books on political and economic policy issues. 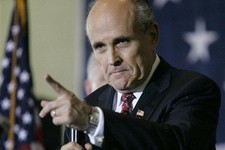