Robert Spencer is the director of Jihad Watch, a program of the David Horowitz Freedom Center, and the author of thirteen books, including the New York Times bestsellers The Truth About Muhammad and The Politically Incorrect Guide to Islam (and the Crusades) (both Regnery). He is coauthor, with Pamela Geller, of The Post-American Presidency: The Obama Administration's War On America (Threshold Editions/Simon & Schuster).

Spencer is a weekly columnist for Human Events and FrontPage Magazine, and has led seminars on Islam and jihad for the United States Central Command, United States Army Command and General Staff College, the U.S. Army's Asymmetric Warfare Group, the FBI, the Joint Terrorism Task Force, and the U.S. intelligence community.

Spencer has also written eleven monographs and well over three hundred articles about jihad and Islamic terrorism. In addition to the above books, he is the author of Islam Unveiled: Disturbing Questions About the World's Fastest Growing Faith (Encounter); Onward Muslim Soldiers: How Jihad Still Threatens America and the West (Regnery); Religion of Peace? Why Christianity Is and Islam Isn't (Regnery), a refutation of moral equivalence and call for all the beneficiaries and heirs of Judeo-Christian Western civilization, whatever their own religious or philosophical perspective may be, to defend it from the global jihad; Stealth Jihad: How Radical Islam is Subverting America without Guns or Bombs (Regnery), an expose of how jihadist groups are advancing their agenda in the U.S. today by means other than terrorist attacks; and The Complete Infidel's Guide to the Koran (Regnery). He is coauthor, with Daniel Ali, of Inside Islam: A Guide for Catholics (Ascension), and editor of the essay collection The Myth of Islamic Tolerance: How Islamic Law Treats Non-Muslims (Prometheus). Spencer's books have been translated into many languages, including Spanish, Italian, Finnish, and Bahasa Indonesia.

Along with his weekly columns, Spencer has completed a weekly Qur'an commentary at Jihad Watch, Blogging the Qur'an, which has been translated into Czech, Danish, German, Italian, Spanish and Portuguese. He is a contributing writer to Steven Emerson's Investigative Project on Terrorism. His articles on Islam and other topics have appeared in the New York Post, the Washington Times, the Dallas Morning News, the UK's Guardian, Canada's National Post, Middle East Quarterly, WorldNet Daily, First Things, Insight in the News, National Review Online, and many other journals.

Spencer (MA, Religious Studies, University of North Carolina at Chapel Hill) has been studying Islamic theology, law, and history in depth since 1980. As an Adjunct Fellow with the Free Congress Foundation in 2002 and 2003, he wrote a series of monographs on Islam: An Introduction to the Qur'an; Women and Islam; An Islamic Primer; Islam and the West; The Islamic Disinformation Lobby; Islam vs. Christianity; and Jihad in Context. More recently he has also written monographs for the David Horowitz Freedom Center: What Americans Need to Know About Jihad; The Violent Oppression of Women In Islam (with Phyllis Chesler); Islamic Leaders' Plan for Genocide; and Muslim Persecution of Christians. 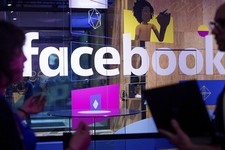