Robert Spencer
|
Posted: Jul 24, 2017 12:01 AM
Share   Tweet
The opinions expressed by columnists are their own and do not necessarily represent the views of Townhall.com. 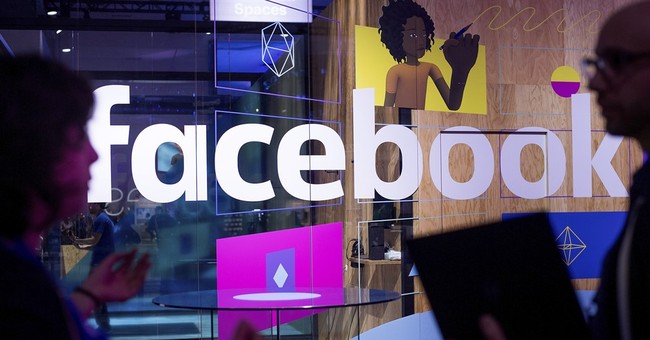 “Hate speech is not free speech,” the Left increasingly insists – particularly on college and university campuses. In my new book The Complete Infidel’s Guide to Free Speech (and Its Enemies), I show why the very concept of hate speech is a scam. Here are the top six:

1. Twitter decides who has the right to “hate speech”

Consider, for example, what Twitter does not consider to be “hate speech.” A Muslim named Obaid Karki, @stsheetrock on Twitter, runs a website headed “Obaid Karki St.Sheetrock’s Painfulpolitics Offensive Comedy Hepcat” and another called “Suicide Bombers Magazine.” He posted this on one of them in late May 2016, just before the European Union and the social media sites announced their new agreement: “Robert Spencer mustn’t [be] featured but lynched…”

2. Social Media blocks the truth by deeming it “hate speech”

Videogame developer Mark Kern was suspended from Twitter for writing, “I don’t see why mosques with radical leanings should be excluded from surveillance when the rest of us get our emails collected by the NSA.” The administrator of a pro–Donald Trump Facebook group was banned for arguing that Trump was not anti-Muslim but anti-ISIS.

Facebook, immediately after concluding an agreement with the European Union, began moving aggressively against foes of jihad terror and mass Muslim migration in the West. Nina Rosenwald, the president and founder of the conservative think tank Gatestone Institute, on June 2, 2016 recorded Facebook’s haste to implement the new speech regulations: “On Tuesday, the European Union (EU) announced a new online speech code to be enforced by four major tech companies, including Facebook and YouTube. On Wednesday, Facebook deleted the account of Ingrid Carlqvist, Gatestone’s Swedish expert.”

Carlqvist’s crime, according to Rosenwald, was to take note of real crimes by Muslim migrants: “Ingrid had posted our latest video to her Facebook feed—called ‘Sweden’s Migrant Rape Epidemic.” In that video, said Rosenwald, “Ingrid calmly lays out the facts and statistics, all of which are meticulously researched.” Rosenwald added that the video was adapted from a “research paper that Gatestone published last year. The video has gone viral—racking up more than 80,000 views in its first two days. But the EU is quite candid: it is applying a political lens to their censorship.... ”

Facebook banned the page of a gay magazine, Gaystream, after it published an article by David Berger, its editor-in-chief, criticizing German gay activists and leftists for ignoring the Islamic root causes of the Orlando jihad massacre. Berger wrote, “Whoever had thought the culmination of masochism and Islam-appeasement by left-green professional homosexuals was already achieved, will now be mistaken: it becomes even more masochistic and perverse.”

In July 2016, YouTube also invoked “hate speech” criteria, which supposedly it had developed as a tool to use against jihad recruiting videos, to delete a video critical of non-violent Muslim Brotherhood efforts to advance Sharia in the West.

6. The immunity of the censorship of certain social media groups explain a lot

On July 13, 2016, the American Freedom Law Center (AFLC) filed a federal lawsuit in the U.S. District Court for the District of Columbia, on behalf of Pamela Geller’s American Freedom Defense Initiative (AFDI), of which I am vice president, challenging Section 230 of the Communications Decency Act (CDA), which grants Facebook, Twitter, and YouTube immunity from lawsuits, and thus makes it impossible to challenge their consistent bias against foes of jihad terror and tolerance of jihad terror activity.

Section 230 of the CDA explicitly immunizes Facebook, Twitter, and YouTube from challenges to anything they do to “restrict access to or availability of material that” that they deem “obscene, lewd, lascivious, filthy, excessively violent, harassing, or otherwise objectionable, whether or not such material is constitutionally protected.”

David Yerushalmi, AFLC co-founder and senior counsel, added, “Facebook, Twitter, and YouTube have notoriously censored speech that they deem critical of Islam, thereby effectively enforcing blasphemy laws here in the United States with the assistance of the federal government. It has been the top agenda item of Islamic supremacists to impose such standards on the West.... Facebook, Twitter, and YouTube are falling in line, and we seek to stop this assault on our First Amendment freedoms.”

Robert Spencer is the director of Jihad Watch and author of the New York Times bestsellers The Politically Incorrect Guide to Islam (and the Crusades) and The Truth About Muhammad. His latest book is The Complete Infidel’s Guide to Free Speech (and Its Enemies). Follow him on Twitter here. Like him on Facebook here.

Leader McCarthy and Rep. Jim Jordan Address Subpoena from Jan. 6 Select Committee in Blistering Op-Ed
Townhall
Even Smokey Bear is letting America down
Twitchy
It's Finally Happened: A Call Rings Out for Bill Maher to Be Fired
Redstate
Why the Heck Did Amber Heard's Legal Team Call Her Back to the Stand?
PJ Media