Prior to joining SRCP, Rick was the political editor of the White House Bulletin and also served as a Vice President of Market Opinion Research. Rick was a Deputy Director at the National Republican Senatorial Committee, where he oversaw the Committee’s political activities in 12 states and set up an innovative survey tracking system used in 18 states.

Rick holds a B.A. from Franklin and Marshall College and an MPA from Harvard’s Kennedy School of Government where he helped launch the Center for Innovation in State and Local Government. Rick has been a guest on FOX’s Your World with Neil Cavuto, FOX News Live, FOX’s Dayside with Linda Vester, CNN’s Live Sunday, CNBC’s Capital Report, and MSNBC’s News Segment and Lester Holt Live. 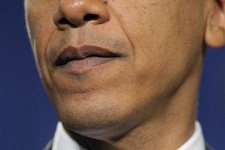