Rebecca Love Kourlis served as a Justice of the Colorado Supreme Court for 11 years, resigning in January 2006 to establish and lead the Institute for the Advancement of the American Legal System. The author of more than 200 opinions and dissents during her tenure, Kourlis also spearheaded significant reforms in the court system relating to juries, family law and attorney regulation.

After beginning her career with the law firm of Davis, Graham and Stubbs, Kourlis married Tom Kourlis, rancher, and moved to Northwest Colorado. She started a small practice and developed an expertise in natural resources, water, public lands, oil and gas and mineral law as she represented ranchers throughout the Rocky Mountain west.

In 1987, Kourlis was appointed to the trial court in Moffat, Routt and Grand Counties where she handled a general jurisdiction docket, served as Water Judge for Division 6 and later served as Chief Judge of the District. Tom’s appointment as State Commissioner of Agriculture brought the family to Denver in 1994, and Kourlis worked as an arbitrator and mediator for the Judicial Arbiter Group. She was appointed to the Colorado Supreme Court in 1995.

Kourlis has received a number of honors, including the American Association of University Women Trailblazer Award in 1998, the Colorado Women’s Bar Association Mary Lathrop Award in 2001 and the Academy of Matrimonial Lawyers Judicial Excellence Award in 2002. 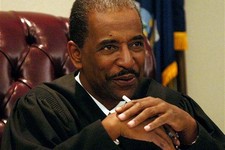