Matt Vespa
|
Posted: Feb 02, 2021 6:00 AM
Share   Tweet
The opinions expressed by columnists are their own and do not necessarily represent the views of Townhall.com. 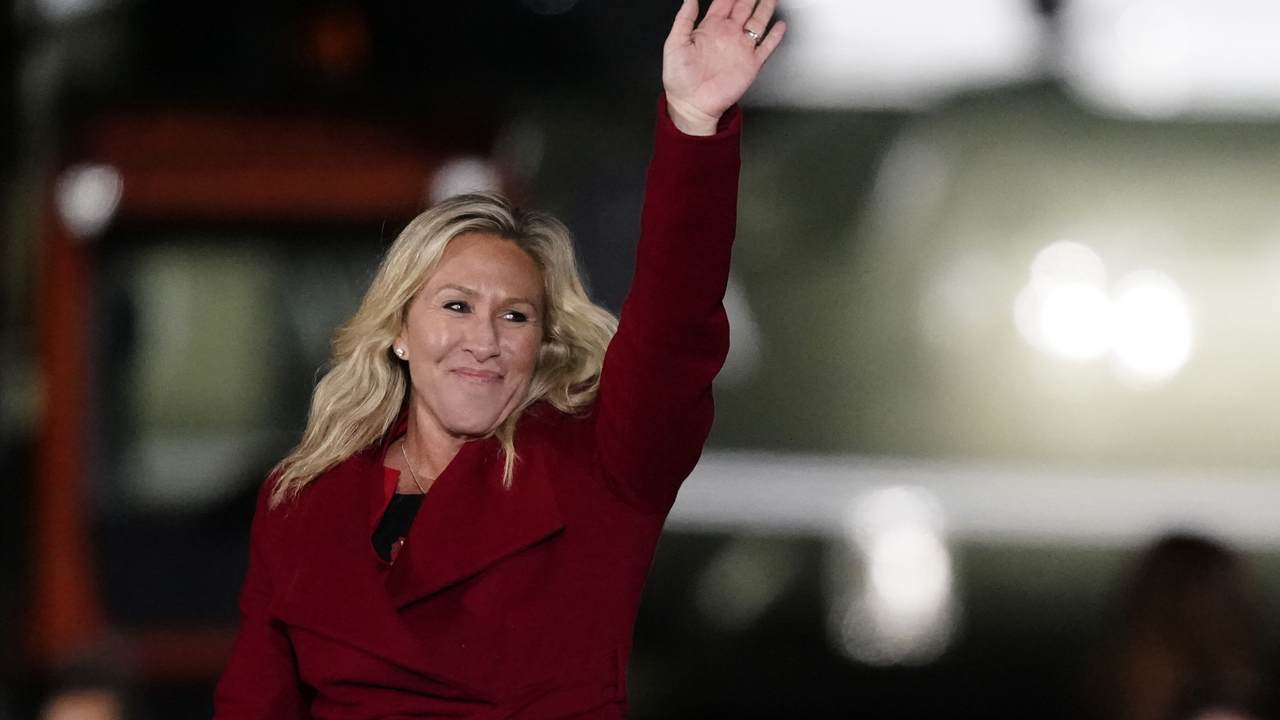 Apparently, Rep. Marjorie Taylor Greene (R-GA) is a cancer to the GOP. She’s nuts. She’s a conspiracy theory peddler. She may have one of the horses that will be used to bring about the apocalypse. She’s posted threats of violence against members of Congress prior to her 2020 election. She allegedly thinks the Sandy Hook and Parkland shootings were staged. Yes, all nutty things. My response: who cares?

I mean, who really cares? The only people who seem to care are the usual suspects: Democrats, the liberal media, and squishy Republicans. The only reason why this is a thing is that the liberal media has a fixation on Trump, the GOP, and QAnon. I’ll wager heavily that no one cares about Marjorie Taylor Greene outside of Washington, D.C. Ask people who she is and what state she hails from and no one would know.

This isn’t an endorsement of her views, folks. Of course, I find a lot of what she believes to be nuts. So what? We’re a nation of 320+ million people. We’re not all sane. The problem is the gross elitism behind the push to remove her.

"But should this woman be in government given her views?" Yes. She was elected. Any American can run for office, which is a central point that the elite hates. They think DC and the Capitol Building is their private country club. And frankly, it’s a bit tiring seeing people from this place and that place that isn’t Georgia weighing in on this woman. Again, there was this thing called an election and the people of her district chose her to be their representative in DC. She has an election certificate. I don’t know what to say. This is such a stupid game to play.

I don’t like Rep. Ilhan Omar (D-MN) and her marginalization of the 9/11 terror attacks, her reported anti-Semitism, and her alleged ties to radical Islamic groups, but she was elected. Rep. Hank Johnson (D-GA) thought Guam could tip over. That’s insane. Humorous — but insane. Should he be expelled? He also called Jewish people termites. Should he be expelled?

See how dumb this is getting? Love them or hate them — all of these nutty people were elected by the voters of their districts and you just are going to have to respect that. There’s no debate here. They won their respective elections. The people have spoken — now shut up.

There’s also this point, which plays into the two separate rules universe. In these situations, we always have to denounce our people, but the Left doesn’t. There are some conservatives who think this is the right thing to do. What do we get in return? Nothing. All we get are headlines that this is now a bipartisan effort by the very media apparatus that hates us. Dear squishy Republicans, this isn’t principled. It’s not principle to sow the seed of your own destruction. The liberal media or the Democrats don’t care that you called out your own side. It only helps them. Our side will never learn that you will never get brownie points for doing this. The Democrats and the media only like us when we’re dead. Case in point, John McCain and George Herbert Walker Bush were evil Republicans while alive but revered in death. The casket and six feet under are the only places liberals see as fitting for people of our political stripes.

If you want to call out Greene, that’s fine — but it won’t save you. It’s as logical as picking the rope that will be used to hang you or the blade in which you would like to see used for your own beheading.

To quote Bill the Butcher, “I don’t give a tuppeny f**k about your moral conundrum, you meat-headed s**t sack.”

Have fun helping the Democrats chip away at your side because…it makes you feel like you’ve accomplished something principled when it’s not.

Look, it’s a free country, do what you want, squishy GOP — but you are and always have been the ten-buck hookers from Atlantic City selling yourselves to Democrats in order to remain in their good graces for some odd reason.

I don’t endorse Ms. Greene, but I respect the voters of her district to not go along with this elitist lynch mob to root out people who might have views that are way out there. That’s not illegal. It’s not an act of treason. She didn’t murder anyone. She didn’t commit a felony. There’s literally nothing to this argument other than I don’t like that she has tin foil hat views on certain matters. That’s not enough to ask for what the political class is demanding. Period.