Former Senator Jon Kyl, left Congress in January 2013 as the second-highest ranking Republican senator, advises companies on domestic and international policies that influence US and multi-national businesses. He assists corporate clients on tax, health care, defense, national security and intellectual property matters.
During Senator Kyl’s 26 years in Congress, he built a reputation for mastering the complexities of legislative policy and coalition building, first in the House of Representatives and then in the Senate. In 2010, Time magazine called him one of the 100 most influential people in the world, noting his “encyclopedic knowledge of domestic and foreign policy, and his hard work and leadership” and his “power to persuade.”
Senator Kyl sat on the powerful Senate Finance Committee where he was the top Republican on the Subcommittee on Taxation and Internal Revenue Service Oversight. The senator also served as the ranking Republican on the Senate Judiciary Committee’s Subcommittee on Crime and Terrorism. A member of the Republican Leadership for well over a decade, Senator Kyl chaired the Senate Republican Policy Committee and the Senate Republican Conference, before becoming Senate Republican Whip.
Articles 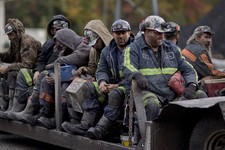