David Martosko is in his tenth year at the Center for Consumer Freedom (CCF), a Washington nonprofit watchdog group supported by a unique mixture of industry stakeholders and members of the general public.

David is the Center's Director of Research, and serves as CCF’s principal expert on the animal rights movement, food toxicology, and environmental issues. He has led CCF's launch of groundbreaking websites like PetaKillsAnimals.com, ActivistCash.com, and MercuryFacts.org.

As a consumer advocate and nonprofit watchdog, David has testified about the threat of animal-rights violence and eco-terrorism before the United States Senate, and testified before the U.S. House of Representatives about the hidden agendas of some of today’s animal rights movement leaders.

David’s opinion pieces have been published in many of America’s top newspapers, and he has been a guest on most of the major broadcast and cable news magazine shows. He blogs about the Humane Society of the United States at www.HumaneWatch.org. 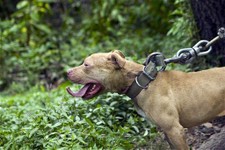 Watch-Dogging the Dog-Watchers
By David Martosko
One of the most popular parlor games in Washington is playing “gotcha” with sites like OpenSecrets.org, a website run by ...
February 17, 2010
Commentary Archives
CARTOONS | Steve Kelley
View Cartoon