Those familiar with Chuck Colson's daily BreakPoint commentaries on faith and society might not recognize the work as being that of an ex-con. But then again, Colson is no typical ex-con.

From 1969-1973, Colson acted as then-President Nixon's special counsel. In an administration already known for its tough guys, Colson was the toughest. He was known as the White House "hatchet man," and the media once referred to him as "incapable of humanitarian thought."

Then Colson found himself caught up in the Watergate scandal. He had helped to organize the illegal wiretapping of Democratic headquarters, and in 1973 Colson realized he was in big trouble. After some hesitation, Colson took a friend's counsel and turned to God in his moment of distress. He found something in Christianity that changed his life. Of course, outsiders had a hard time believing that the "hatchet man's" faith was genuine. When news of Colson's conversion to Christianity reached the press, the Boston Globe wrily commented, "If Mr. Colson can repent of his sins, there just has to be hope for everybody."

Colson entered Alabama's Maxwell Prison in 1974 as a new Christian, and gained the vision there that led him to found Prison Fellowship Ministries in 1976 after his release. While an inmate, he promised his fellow prisoners that he would "never forget those behind bars." He fulfilled his promise by investing the royalties from his book Born Again to begin Prison Fellowship.

Today there is no larger outreach to prisoners, ex-prisoners, crime victims, and their families in the world than Prison Fellowship Ministries. The Christian nonprofit has more than 50,000 prison ministry volunteers in 88 nations. Its programs range from various programs for prisoners and ex-prisoners; to Justice Fellowship, aimed at reforming the criminal justice system; to Angel Tree, which annually provides more than 500,000 children of inmates with Christmas presents on behalf of their incarcerated parents. In 1991, Colson also launched a daily radio commentary called "BreakPoint," which aims to provide a Christian worldview on everyday issues. BreakPoint, which is aired daily on over 1000 radio outlets nationwide, is a Silver partner of Townhall.com.

Colson has received many awards in recognition of his contributions to society. These awards include the Templeton Prize for Progress in Religion (1993), Dominos Pizza Corporation's Humanitarian Award (1991), The Salvation Army's Others Award (1990), and several honorary doctorates from various colleges and universities. Colson donated the $1 million Templeton Prize to Prison Fellowship, and he consistently gives all of his speaking honoraria and book royalties to the organization as well.

Today, the efforts of Nixon's former hatchet man have made a huge dent in the lives of countless prisoners and prisoners' children, and have even influenced federal criminal justice legislation. President Bush referred often to Prison Fellowship's InnerChange Freedom Initiative Program when calling for support for faith-based initiatives. The prolific conservative has also published 38 books which have captured the hearts of millions of Americans over the last 25 years. 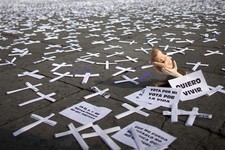 Politicians, Theology, and Abortion
By Chuck Colson
To the surprise of some political commentators and observers, abortion has emerged as an important issue in this year’s elections. ...
September 10, 2008 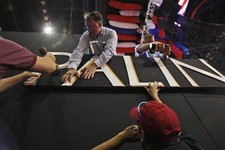 Cruel To Be Kind
By Chuck Colson
There is a fascinating website called “Long Bets.” There, people—usually experts—make specific predictions that will come true by a specific ...
September 02, 2008 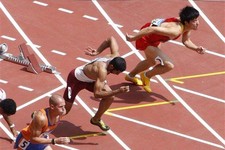 Reinventing Man
By Chuck Colson
If you have been watching the Olympics, you cannot help but be awed by the strength, speed, and skill of ...
August 19, 2008 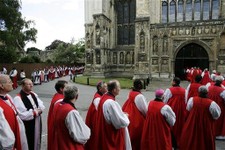 Thirty-Five Years in the Light
By Chuck Colson
A lot of people have asked me what I think about when I remember back to that hot, humid August ...
August 12, 2008 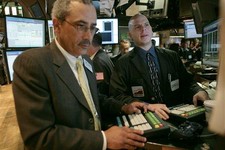 Tipsy on Wall Street
By Chuck Colson
Presidents can say the strangest things in front of an open microphone, especially if he thinks the mic is not ...
July 29, 2008

What's the Matter With Canada?
By Chuck Colson
How is this for irony? Recent actions by Canadian human rights groups have observers alarmed for the state of human ...
July 21, 2008

Oil and the Poor
By Chuck Colson
According to a recent Reuters report, a leading Senate Democrat “would consider supporting opening up new areas for offshore oil ...
July 16, 2008 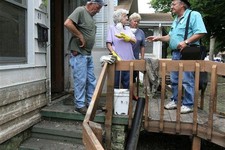 Government At Its Worst
By Chuck Colson
A few years ago, a good friend of mine decided to buy an old country campground, enlarge it, restore it, ...
July 07, 2008 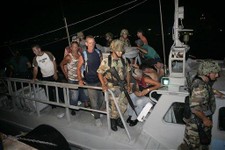 Pray for the Liberators
By Chuck Colson
It is easy to grow weary over the wars in Iraq and Afghanistan. As for me, a former Marine, I ...
July 04, 2008

The Source of Liberty
By Chuck Colson
This week, America celebrates another birthday. Americans are hoisting their flags, marching in parades, and setting off fireworks. I get ...
July 03, 2008

The Legacy of Radical Feminism
By Chuck Colson
Alice Walker, best known as the author of the novel The Color Purple, is one of the most renowned feminist ...
June 27, 2008

A Difficult Place for Christians
By Chuck Colson
In early June, the German television network ARD aired a film called “God and the World: The Persecuted Children of ...
June 23, 2008

Demographic Winter and the Economy
By Chuck Colson
If you follow the financial news, you have probably heard the phrase, “Stocks were up (or down) on news that ...
June 10, 2008
Commentary Archives
CARTOONS | Gary Varvel
View Cartoon