Arina O. Grossu is the Director for the Center for Human Dignity where she focuses on sanctity of life issues, ranging from conception to end of life care.

Ms. Grossu worked at CRC Public Relations (Alexandria, VA) coordinating media relations for pro-life public policy groups. She was a production assistant for EWTN's "The World Over with Raymond Arroyo", a show on the Catholic TV channel. She helped launch and was the Executive Director of The Word Proclaimed Institute, a Catholic non-profit that aids clergy to come in closer contact with the Word and be able to proclaim it more effectively. She also helped start a Montessori toddler program at St. Jerome's Academy, a Catholic classical education school of the Archdiocese of Washington.

Ms. Grossu transcribed the New York Times bestseller, The Prayers and Personal Devotions of Mother Angelica (Intro. & Edited by Raymond Arroyo, Washington, D.C., Published 3/10, Doubleday). While at Notre Dame she won "Best Undergraduate Business Plan" in a business competition sponsored by the Gigot Center for Entrepreneurial Studies at the Mendoza College of Business. She has served on the boards of Project Sycamore (an alumni group dedicated to defending Notre Dame's Catholic identity) and the Foundation for Sacred Arts (a Catholic non-profit founded to stimulate a vibrant renewal in the patronage and production of Christian sacred arts).

Ms. Grossu has been involved in the pro-life movement for 15 years, including being president of Notre Dame Right to Life. In addition to defending life and human dignity, Ms. Grossu enjoys entrepreneurship, playing competitive tennis, oil painting, photography, guitar, Montessori and classical education, cooking, the arts, traveling and Catholic culture. 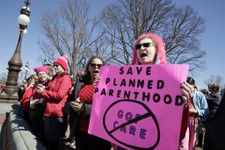 Sen. Cassidy Was Right: Most Planned Parenthood Businesses Are in Urban Areas
By Arina Grossu
Editor's note: This column was co-authored by Om Narayanan.  During a CNN health-care debate on September 25, 2017 Sen. Bill ...
November 11, 2017
Our Laws Must Protect Babies Who Survive Their Abortions
May 19, 2016 |
On the Anniversary of Gosnell Conviction, Let’s Pass a Fetal Pain Ban
May 13, 2015 | 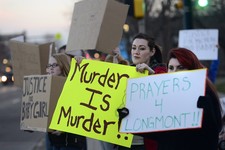 Who Wronged Aurora and Why Her Life Matters
By Arina Grossu
By now the horrific story about Michelle Wilkins’ 7 month old preborn Aurora being ripped from her mother’s womb in ...
April 09, 2015
Fetal Pain is Grounded in Science
January 21, 2015 |
Egg Freezing and the Indentured Woman
December 06, 2014 | 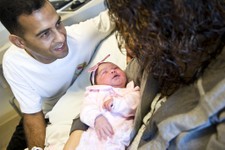 Let’s Start Treating Humans Humanely
By Arina Grossu
Imagine being torn apart, limb from limb until you bled to death. That would be excruciating pain, right? ...
October 29, 2014 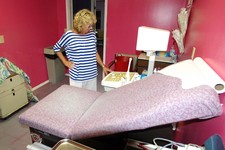 GAO Report Confirms: Taxpayer Funding of Abortion and No Transparency
By Arina Grossu
After numerous requests by members of Congress, including U.S. Reps. John Shimkus (R-IL) (on not one but two occasions), Andy ...
September 25, 2014
Blumenthal Bill: The Real War on Women
July 18, 2014 | 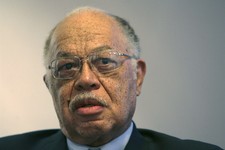 Regulations On Abortionists And Abortion Facilities Means Safer Conditions For Women
By Arina Grossu
Activists and some news outlets have expressed anxiety over reports that Texas ...
May 22, 2014 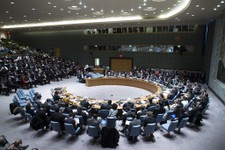 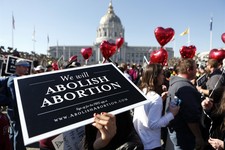 Paying for Abortions, One Pendant at a Time
By Arina Grossu
The D.C. Abortion Fund (DCAF) is giving a coat hanger pendant for each new donation of $10 or more per ...
March 22, 2014
Commentary Archives
CARTOONS | Tom Stiglich
View Cartoon