What is U.S. Money Actually Funding at the UN and Overseas? 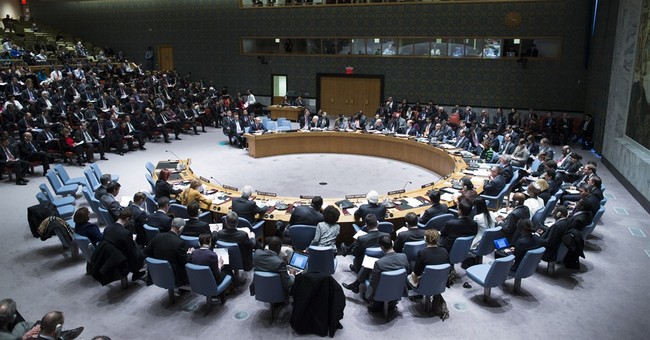 From March 10-21, 2014 the United Nations held its 58th Commission on the Status of Women (CSW) at its headquarters in New York. I both spoke and observed, and what I saw was troubling.

I spoke at a UN parallel event, filled with people from around the world, on the causes of maternal mortality and how to best address this problem. Improving maternal health is one of the main goals of the UN’s International Millennium Development Goals (MDGs). My talk illustrated that there are better solutions to lowering maternal mortality than coercing women into going on "family planning" methods to thwart their fertility or by aborting their babies. The UN should not focus its efforts on spreading its “family planning” agenda or spreading the practice of abortion, but rather on real medical and practical solutions to lower the risk of maternal mortality.

But it isn’t. Sadly, the UN is spending money on trying to thwart women's fertility by the use of injectable hormonal contraceptives, hormonal implants, IUDs, and sterilizations or supporting agencies that promote abortion, in the name of lowering maternal mortality. Why is it not addressing the real threats to motherhood? Pregnancy and the baby are not the enemies. We can eliminate the problems without eliminating motherhood. Some solutions to decreasing maternal mortality include ensuring access to safe delivery facilities and skilled birth attendants, giving oxytocin to a woman post-birth to reduce the risk of hemorrhage, antibiotics to reduce infections, and magnesium sulfate to lower the risk of high blood pressure during pregnancy, to name a few.

When we step back we can see the bigger picture of the UN’s agenda. CSW, along with other UN annual events such as the upcoming Commission on Population and Development, focus on achieving the international MDGs by 2015: eradicating extreme poverty and hunger; achieving universal primary education; promoting gender equality and empowering women; reducing child mortality rates; improving maternal health; combating HIV/AIDS, malaria, and other diseases; ensuring environmental sustainability; and developing a global partnership for development.

While these goals are admirable, we have to keep in mind that many of those involved in these efforts have an extreme agenda driven by leftist ideology and radical feminism.

For example, “empowering women” or “improving maternal health,” “combating HIV/AIDS” and “ensuring environmental sustainability” are frequently used as code words for introducing “family planning” methods and getting abortion legalized in every country that their advocates can (and illegally introducing chemical abortions into countries where abortion is still illegal). “Universal primary education” also incorporates the “comprehensive sex education” agenda in these countries.

The UN’s 2014-2015 regular budget is $5.5 billion of which the contributes approximately 25 percent, namely $1.4 billion. The additionally funds separate UN agencies annually. The last report we have states that in 2010 the gave about $7.7 billion to UN agencies. How much U.S. money is funding "comprehensive sex education" and "family planning" overseas? How much money is going to support organizations that promote abortion internationally?

The Department of State and USAID spends about $700 million a year for “family planning” purposes including post-abortion care for incomplete abortions. A report by UNFPA gives insight into the 2012 international contraceptive distribution, including breakdown of UNFPA and USAID monetary support of all kinds of contraceptives including abortifacients like Plan B, funded in part with money. The U.S. annually supports groups that promote abortions: the World Health Organization (WHO) received $386 million, the United Nations Children’s Fund (UNICEF) received $255 million, and the United Nations Population Fund (UNFPA) has received between $35-51 million a year from 2009-2012.

Questions regarding funding of these agendas overseas with the use of taxpayer money demand line-by-line accountability from our own government. These agendas threaten women, children and families around the world.