GAO Report Confirms: Taxpayer Funding of Abortion and No Transparency 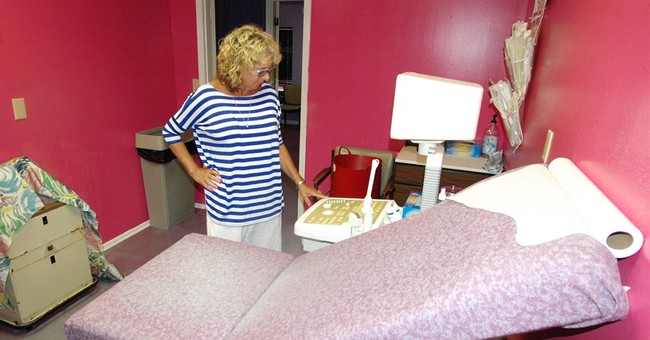 After numerous requests by members of Congress, including U.S. Reps. John Shimkus (R-IL) (on not one but two occasions), Andy Harris (R-MD) and Diane Black for clarity about abortion coverage in the state exchanges, the Government Accountability Office (GAO), a non-partisan government agency, released a report detailing its findings.

The GAO found that taxpayer funds are being used tosubsidizeabortion, contrary to what President Obama promised in 2009: "Under our plan, no federal dollars will be used to fund abortions.”

The report details abortion coverage in healthcare plans sold on Obamacare state exchanges. The GAO report revealed that 1,036 plans cover elective abortion at the expense of taxpayers. In eight states, 95-100 percent of the plans cover abortion-on-demand. What are pro-life residents of New Jersey, Connecticut, Vermont, Rhode Island, and Hawaii supposed to do when every plan in their state covers elective abortion? In Massachusetts, New York, and California, 95-98% of their plans cover elective abortion. Healthcare “choice” under Obamacare is a farce: the choice of pro-life plans is limited or non-existent in many states.

Even the proposed accounting gimmick that was used to pass Obamacare is being ignored. Section 1303 of Obamacare requires that anyone enrolled in a plan that includes elective abortion coverage to be billed an abortion surcharge of at least $1 per month per enrollee through “a separate payment.” This was a key provision added by then-Sen. Ben Nelson (D-NE) and Sen. Harry Reid (D-NV) who offered this amendment in December 2009 to garner the support needed to pass Obamacare. Nelson said, “You have to write two checks: one for the basic policy and one for the additional coverage for abortion.”

As the GAO report reveals, however, none of the 18 issuers called had billed the abortion surcharge separately and in some instances not even itemized the cost of the abortion coverage in the overall premium. The amendment was a political tactic, an accounting gimmick, giving the appearance that abortion was not subsidized. This was done while violating the principles of the second part of the Hyde Amendment by allowing subsidies to be spent on plans with abortion coverage. In fact, according to the Congressional Budget Office’s (CBO) April 2014 estimates, between 2015 and 2024, Obamacare subsidies will cost taxpayers $855 billion. How much of that money will go toward subsidizing plans that cover elective abortions?

The administration responded to the GAO report by saying that the Centers for Medicare and Medicaid Services (CMS) “will work with stakeholders, including states and issuers, so they fully understand and comply with the federal law prohibiting the use of federal funds for abortions.” They should have fully understood and complied with the federal law from day one, but instead have been breaking the law.

In our own investigation, FRC has found that information regarding abortion coverage is not transparent at all due to Obamacare’s secrecy clause. Our overall experience, and specifically in Hawaii and Colorado, illustrates that major problems exist with the Obamacare health plans, including a lack of options, transparency, and accuracy when it comes to elective abortion coverage in the exchange healthcare plans.

The GAO report confirms that 11 of the 18 issuers admitted consumers don't have access to information about elective abortion coverage. Another 4 of the 18 issuers said they were not disclosing information about elective abortion being a covered benefit. Two of those 4 issuers admitted that they “had only recently become aware of this requirement, and were in the process of updating their enrollee materials to come into compliance with the notification requirement.” Now is the time for transparency.

The exchange plans lack transparency, do not comply with the law on the abortion surcharge, and subsidize elective abortion with taxpayer funds in violation of the law. The GAO’s report reaffirms that the Senate needs to act now and pass H.R. 7/S. 946, the “No Taxpayer Funding for Abortion and Abortion Insurance Full Disclosure Act of 2014,” sponsored by U.S. Rep. Chris Smith (R-NJ), Rep. Dan Lipinski (D-IL) and Sen. Roger Wicker (R-MS).

The law and the consciences of millions of Americans demand it.