Andrew Tallman was raised in a religious home, he was taught to think for himself, question everything, and never take 'Because I said so,' as an answer (except from his mother of course). Eventually this emphasis on critical thinking collided with his liberal religious environment, and he became convinced that only fools could be Christians. He then went off to the University of Illinois to get a B.A. in Political Science and Philosophy and an M.A. in Philosophy, during which time he became even more convinced of this conclusion. Somewhere along the line, however, he noticed that for all their supposed wisdom, his professors did not have the kinds of lives he wanted. So, he began looking for better answers than what they were qualified to give. He found these answers with some people who seemed to have everything he wanted: great marriages and children, material wealth, health, happiness, meaningful friendships, and brilliant minds. Unfortunately for Andrew, they also happened to be fundamentalist Christians. These were the first Christians he had ever met who did not seem to be fools. This persuaded him that perhaps he should reconsider his previous aversion to Christianity, and eventually he decided to give his life to Christ. Since then, Andrew has married his wife Danielle, made two sons, acquired a second degree black belt in martial arts, taught philosophy professionally as an intellectual mercenary at any college that would have him, and worked as a talk radio show host. He enjoys volleyball, golf, tennis, softball, billiards, ping pong, games of all kinds, shooting guns, reading, discussing the Bible or anything else, and spending every available moment with his lovely bride. His life's mission is 'To liberate people's minds,' which explains why he is so occupied with teaching, writing, conducting Bible studies, and hosting his radio show on KPXQ. If you dare to listen to 'The Andrew Tallman Show,' he promises you will learn something worth writing down.

Who Is Most to Blame for the Shootings?
By Andrew Tallman
This is the right question. Sadly, it’s the one few people are answering in columns and on the radio ...
January 17, 2011

The Worst Christmas Gift Givers
By Andrew Tallman
"Christmas is just commercialized materialism. Nobody even thinks about Jesus anymore because all they’re doing is putting up lights, decorating ...
December 28, 2010

How Big Should Government Be?
By Andrew Tallman
Where do you find the largest, most intrusive and liberty-violating form of government? You may be tempted to answer North ...
December 17, 2010 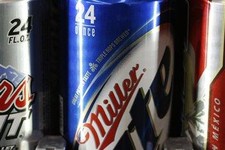 Did Prohibition Fail?
By Andrew Tallman
“Well, since we all know Prohibition failed….” This assertion is widely taken as the starting premise to many discussions on ...
November 16, 2010

Marijuana: No Worse Than Alcohol?
By Andrew Tallman
One of the challenges in approaching any complicated topic is to deal with each particular slice of the discussion on ...
November 02, 2010

You Call Yourself a Firefighter?
By Andrew Tallman
Imagine one calm afternoon while you sit on your patio reading a book that your phone rings. On the other ...
October 28, 2010 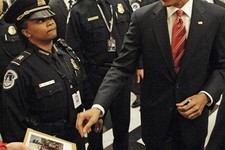 Who Cares About "The Will of the People"?
By Andrew Tallman
It’s currently in vogue among conservatives to argue that health care reform should not pass because it is unpopular. The ...
January 28, 2010 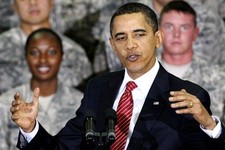 Who's Legislating Morality Now?
By Andrew Tallman
When I argue that abortion under most circumstances should be illegal, I am charged with trying to legislate morality. ...
November 20, 2009 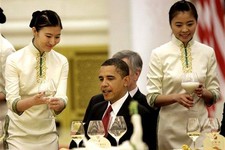 Is Obamacare Like Mandatory Auto Insurance?
By Andrew Tallman
Teaching introductory logic for ten years made me vividly aware of the low average quality of reasoning among college students. ...
November 17, 2009 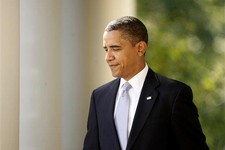 What’s Racism Got to Do With It?
By Andrew Tallman
Are those who strongly oppose President Obama racists? President Carter and Maureen Dowd think so. But President Clinton and even ...
October 06, 2009 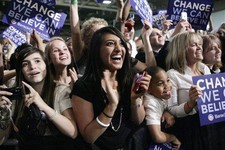 An Open Letter to President Obama on Heath Care
By Andrew Tallman
Dear Mr. President: As you continue to advocate for health care reform I wanted to take a moment to express ...
September 23, 2009 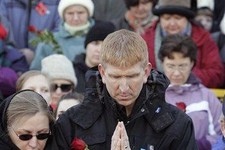 A Reminder to Pro-Life Christians
By Andrew Tallman
Today is the 36th anniversary of Roe v. Wade, the Supreme Court ruling which essentially decriminalized abortion for our entire ...
January 22, 2009

A Christmas View of Abortion
By Andrew Tallman
“The Bible says nothing directly about abortion.” Have you ever heard this claim before? I know I have. And ...
December 19, 2008
Commentary Archives
CARTOONS | AF Branco
View Cartoon