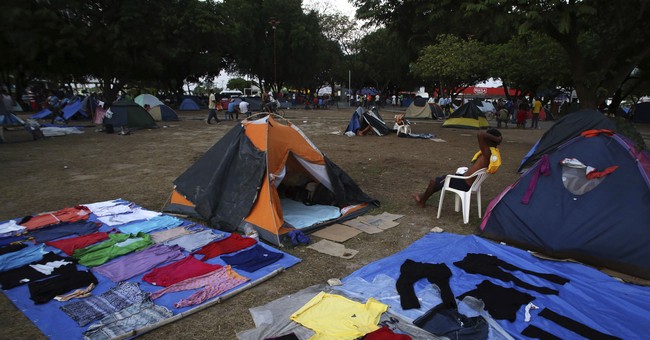 "The children of #Venezuela no longer dream of piñatas and sweets, their reality is to fight among themselves and against adults for leftovers of bananas in order to survive," Cristian Crespo tweeted today. Accompanying his message was a horrendous video out of the country torn apart by the devastating effects of socialism.

Professor Steve Hanke, an economics professor at Johns Hopkins as well as a senior fellow at Cato, pointedly commented, "A tragic scene out of the #socialist, horror movie. It’s real. It’s a documentary from the socialist paradise of #Venezuela."

A tragic scene out of the #socialist, horror movie. It’s real. It’s a documentary from the socialist paradise of #Venezuela. Children & adults alike battle each other for leftover bananas necessary for their survival. #SocialismKills pic.twitter.com/mOfnNGM9OY

As Townhall has previously covered, Venezuela is currently on the brink of an all-out war because its government's failed socialism has ended up as socialism always does -- with massive famine and extreme poverty. The end results have been citizens robbing graves, selling their own bodies, and now, being forced to fight over scraps of food at such a young age simply to survive.