Venezuelans Are Literally Robbing Graves In Order To Survive Under Socialism 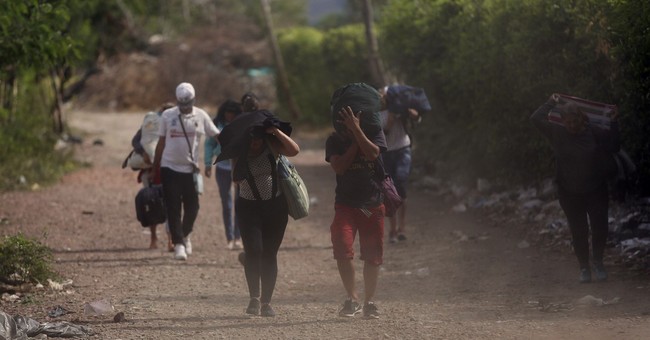 Now-deceased president Hugo Chavez once promised that the Democratic Socialism he ushered into Venezeuala would guarantee prosperity for generations to come. Now, the former Latin American ruler is in danger of having his grave robbed just so those who currently inherit the economic ravages of his planned economy can survive.

Venezuela is currently on the brink of an all-out war because its government's failed socialism has ended up as socialism always does -- with massive famine and extreme poverty. Its citizens are doing anything they can, including digging up grave sites for valuable jewelry and other objects they can sell on the black market to either trade for food or make a few extra bucks.

In one Maricabo cemetery, grave robbers have been stealing from the dead for the past year or so. "Starting eight months ago, they even took the gold teeth of the dead,” José Antonio Ferrer, who is in charge of the cemetery, told the Associated Press.

The staff operating the 200-year-old cemetery itself has had to change when it holds funerals so that Venezuelans can bury their dead in peace and prevent would-be thieves. "Daily burials used to happen until late afternoon," Ferrer said.

"But the cemetery now has tightened up on security, only holding burials until noon to deter grave robbers," reports the AP's Rodrigo Abd.

Many wealthy citizens have chosen to flee the country, leaving behind lower middle class and impoverished citizens. The government is unable to provide sufficient electricity due to economic and political turmoil. As Townhall has previously covered, Venezuelan women have been forced to sell their bodies, offering sex and even their hair to wigmakers, to make ends meet and afford necessities for their children.