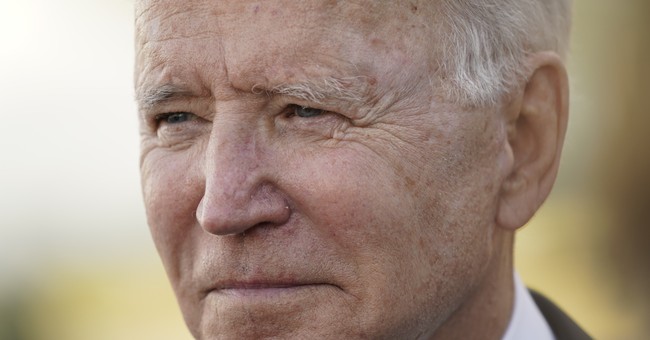 Reuters/Ipsos released a new poll on Wednesday, and the results are less than kind to President Joe Biden. The poll in question was conducted June 11-17.

"U.S. President Joe Biden has seen an erosion in support since April, mainly from fellow Democrats, as his administration wrestles with Congress to make good on campaign promises and more Americans worry about an uneven economic recovery, Reuters/Ipsos polling shows," a Reuters write-up reads.

The polling showed the economy as a top concern among respondents.

The economy has replaced healthcare and disease as a top concern, with nearly a quarter of adults who were polled calling it the most important problem. A majority of Americans are worried about rising living costs, and the public is almost evenly split over how much the government should do to make things better, according to the poll.

Just 35% of the country thinks the U.S. economy is headed in the right direction, and 44% say they are "very concerned" that prices will keep rising, according to the Reuters/Ipsos poll.

The release of such polling results comes after a poll from Echelon Insights showed that a majority of Americans attribute to rising prices to "increased government spending," as Katie reported last week. This includes a plurality, at 36 percent, who say this factor contributes by "a great deal."

There's also an issue of support when it comes to a bipartisan infrastructure bill.

The eroding support for Biden coincides with Democrats struggling to pass major parts of his agenda in Congress. They failed this month to generate enough support for federal voting rights legislation, and the future of a $1.2 trillion infrastructure plan is still in flux after months of negotiations with Republicans.

Hours after the infrastructure deal was announced on Thursday, Biden mentioned he was tying the bipartisan plan to the partisan budget, only to then have to walk it back that he was tying them together on Saturday.

It's not merely the economy either where Biden faces issues with his own party.

A graphic comparing Biden's support from Democrats on various issues reveals that support has decreased from April to June 2021, in every area mentioned. The issues include the "Economy," "Covid-19," "Racial inequality," "Gun violence," "Employment/job," "International trade," "Taxation," "Environment" and "Immigration."

When it comes to the Wuhan coronavirus, the numbers are statistically the same, from 83 percent in April to 82 percent in June among Democrats. However, the main takeaway is that the decrease in support on the economy was by double digits, from 75 to 63 percent. The president also no longer has a support from the majority of Democrats polled when it comes to gun violence and immigration. On gun violence, such support went from 62 to 44 percent, and from 52 to 48 percent on immigration.