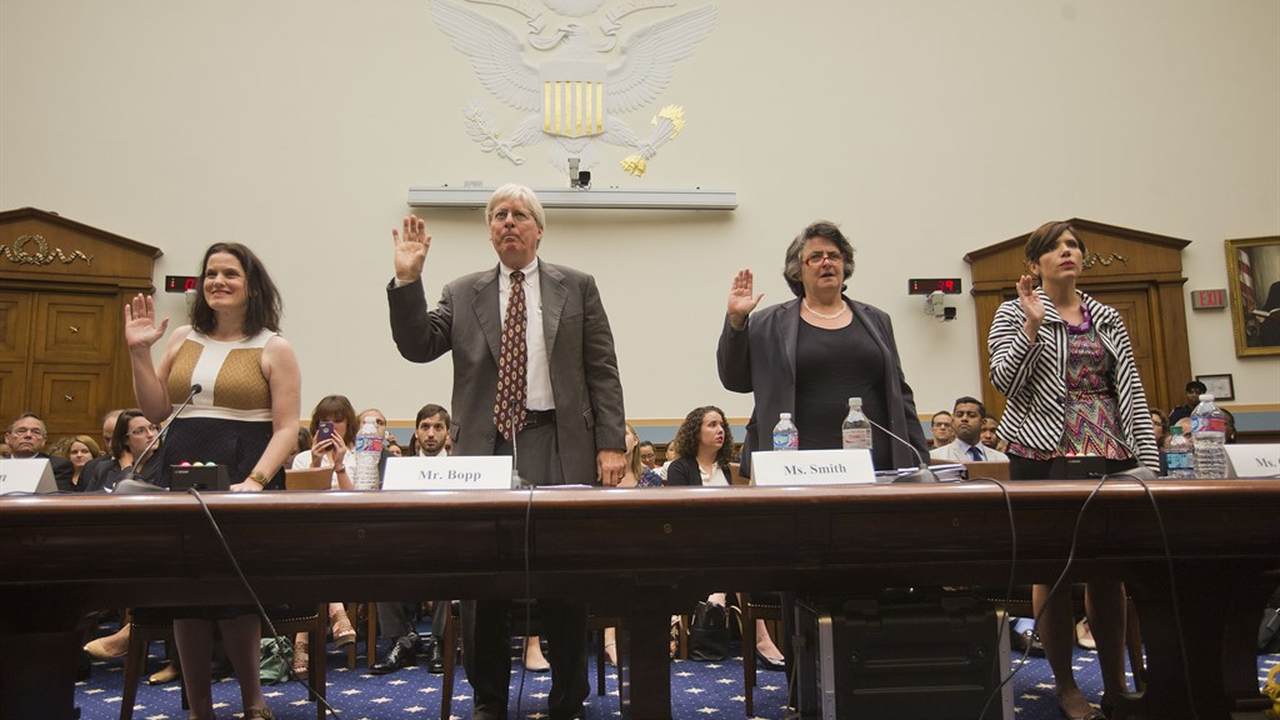 You would think it would be a given for babies born alive from failed abortions would receive lifesaving medical care, right? Unfortunately it is not, because such protections are not enforced. Instead, state legislatures have acted to pass what's known as born-alive protection act bills to send to their governors, though it's mostly Republicans signing legislation. Most Democratic governors have vetoed it. On Tuesday, Gov. Kay Ivey (R-AL) signed such legislation into law protecting these abortion survivors.

Alabama supports the right to life. I appreciate Rep. Ginny Shaver’s work on this critical bill, and I’m proud to sign this into law and cement our commitment to the unborn. #alpolitics

As Mike Cason with AL.com reported, this was the third time that Rep. Ginny Shaver has had to sponsor the legislation. In Alabama's case, they questioned what the need was, with some doctors claiming it was "medically implausible."

Fortunately, the legislation received wide support this time. Cason reported it passed 76-12 in the House, and 31-0 in the Senate. The bill is known as "Gianna's Law," after abortion survivor Gianna Jensen, who was born at an abortion clinic in 1977.

A relevant part of the text reads:

There are also criminal penalties set up for those who perform abortions but who do not follow the law:

If a child is born alive following an abortion or attempted abortion in an abortion or reproductive health center, the physician who performed the abortion or attempted the abortion in the abortion or reproductive health center shall exercise the same degree of professional skill, care, and diligence to preserve the life and health of the child as a reasonably diligent and conscientious physician would render to any other child born alive at any other location in this state at the same gestational age. A physician who fails to preserve the life and health of the child in violation of this subdivision shall be guilty of a felony punishable by not less than 20 years in state prison and a fine of not less than one hundred thousand dollars ($100,000).

The bill notes that these penalties "shall only apply to a physician who performs an abortion or attempted abortion in an abortion or reproductive health center." Pro-life legislation does not criminalize the woman involved, as the idea is that a woman is often the second victim of the abortion, and that it is the one who performs the abortion who is responsible.

Babies who survive abortions in other states may not be so lucky, especially those with Democratic governors. For instance, then Gov. Steve Bullock (D-MT) vetoed such legislation in 2019. His explanation in part read:

The situation SB 354 purportedly seeks to address is a medical practice that does not exist. This bill does nothing more than politicize decisions that are deeply personal and medically complex. I believe women, families and health care providers are best able to make these difficult medical decisions without political interference that is meant only to inflame and cause division.

After a brief and forgettable stint in running for president in 2020, Gov. Bullock dropped out to run against incumbent U.S. Senator Steve Daines, who formed and chairs the Pro-Life caucus. Although the seat was considered a toss-up, Daines won re-election with 55 percent to Bullock's 45 percent.

The situation SB 354 purportedly seeks to address is a medical in  practice that does not exist. This bill does nothing more than politicize decisions that are deeply personal and medically complex. I believe women, families and health care providers are best able to make these difficult medical decisions without political interference that is meant only to inflame and cause division.

When it comes to the law which Gov. Bullock references, the Born-Alive Infants Protection Act of 2002 effectively serves only as a symbolic declaration; new legislation is sorely needed as a matter of enforcement.

And, when it comes to Gov. Cooper's callous claims, we can point to such living proof as brave survivors such as Jensen, Melissa Ohden, Claire Culwell, Josiah Presley, and Brandi Lozier.

Jill Stanek, formerly a nurse at Christ Hospital in Oak Lawn, Illinois, served as a whistleblower of this gruesome practice when she discovered that the hospital's late-term abortion method involved leaving abortion survivors to die in soiled utility closets.

Other horror stories include infants who are born alive and left to die not just from exposure, but who are outright murdered, such as infants who are drowned in saline or left to suffocate in buckets. We know of such stories because of nurses who have shared such stories.

There's more than just anecdotal evidence, though. In addition to the survivors listed above, the Charlotte Lozier Institute lays out the following statistics:

Because of gaps in national and state abortion reporting, and the continued opposition of abortion advocacy groups to more accurate and detailed reporting, relatively little is known about how often survival now occurs after abortion. The number is certainly not zero. The Charlotte Lozier Institute has engaged in a multi-year effort to obtain abortion data from the 49 jurisdictions that voluntarily provide annual summaries of abortion incidence to the CDC. Only eight states have publicly reported or responded to requests for statistics on children marked for abortion who were born alive during abortion procedures (Arizona, Arkansas, Florida, Indiana, Michigan, Minnesota, Oklahoma, and Texas). In just four of these eight states (Arizona, Florida, Minnesota, and Texas), 26 children were born alive during attempted abortions in 2019. Additionally, Florida reported seven babies born alive in 2020.

Babies who survive abortions are not unique to the United States. The Canadian Institute for Health Information (CIHI) has released reports showing that 766 babies were born alive during late-term abortions between 2013 and 2018. CIHI has confirmed for CLI and other researchers that these babies were born alive during induced abortions. In fact, Canadian researchers caution that babies who are born during abortions and then die are increasing Canada’s infant mortality rate.

A particularly notorious example is Gov. Ralph Northam (D-VA), who, in January 2019 was asked a question during a radio interview about what would happen if an infant survived an abortion. He casually advocated for infanticide when he responded  "the infant would be kept comfortable" and only "resuscitated if that’s what the mother and the family desired."

You called for infanticide, on camera.

Then, a few days later, the governor faced another scandal where he appeared in a yearbook where he was either wearing blackface or a KKK hood.

Republicans in Congress have tried to pass a federal law, which was supported by then President Donald Trump. Each time he introduced such legislation, Sen. Ben Sasse (R-NE) called for unanimous consent, only for it to face objection. It couldn't even receive 60 votes to pass in the Senate.

Meanwhile, in the House, Speaker Nancy Pelosi (D-CA) has refused to even let it come up for a vote. House Republicans have then had to turn to a discharge petition, headed by Rep. Kat Cammack (R-FL) though they do not have the support from a handful of Democrats needed to force a vote on the House floor.

The Biden-Harris administration is the most pro-abortion administration in our country's history, particularly with threats facing the Hyde Amendment, which protects American taxpayers from having to fund elective abortions. As a senator from California, now Vice President Kamala Harris voted against the federal Born-Alive Survivors Protection Act.

No matter how Democrats turn a blind eye to abortion survivors, such legislation has overwhelming public support at 77 percent, with 55 percent strongly supporting the legislation, according to a 2019 poll from the Susan B. Anthony List.

The Senator Who Left Biden's Interior Secretary Speechless
Townhall
Blue-check claiming J6 'rioters' toured the Capitol on January 5 to 'case the joint' PROVING it was an inside job hilariously BACKFIRES
Twitchy
Elon Has More to Say About the Accusation Against Him, Claims He Has the 'Perfect' Name for It
Redstate
APPALLING: Teen Girl Disappears at NBA Game and Turns Up 11 Days Later in Nude Photos on Sex Trafficking Site
PJ Media