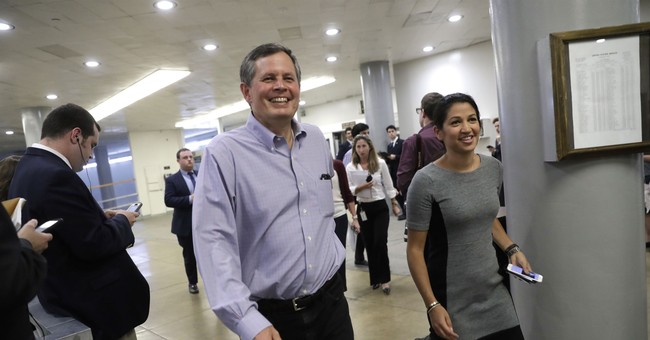 Freshman Sen. Steve Daines (R-MT) successfully fended off two-term Democratic Gov. Steve Bullock. Democrats were banking on picking up the seat in their attempt at regaining control of the Senate. Daines won with 53.3 percent of the vote, compared to Bullock's 46.7 percent.

Bullock, who was once a Democratic nominee for president, dropped out of the race to challenge Daines.

When Daines won his seat in 2014, it was the first time a Republican won in over 100 years, the Bozeman Daily Chronicle reported.

“I’m very humbled and pleased to see such strong support tonight all across Montana,” Daines told The Associated Press. “This once again shows the great common sense that Montana have. They are not going to be swayed by a bunch of out-of-state money flooding into the state.”

Most of the outstanding vote appears to be from GOP areas.