Clinton: Russian Hacking And James Comey Cost Me The Election 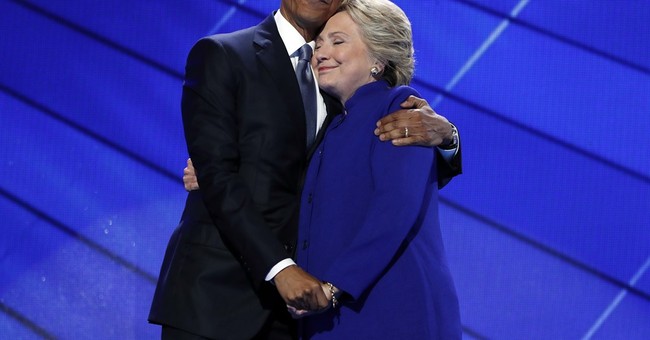 Hillary Clinton on Thursday night attributed her defeat to a convergence of two “unprecedented” events: the release of a letter by James B. Comey, the F.B.I. director, shortly before the election, and what she called an “attack against our country” by the Russian president, Vladimir V. Putin.

Mrs. Clinton said the letter Mr. Comey released disclosing new questions about emails handled by her private server had cost her close races in several battleground states. “Swing-state voters made their decisions in the final days breaking against me because of the F.B.I. letter from Director Comey,” she said.

The Russians, she said, sought to “undermine our democracy” through cyberattacks on Democratic targets. She said the hacking into the Democratic National Committee and into the emails of her campaign chairman, John D. Podesta, were a result of Mr. Putin’s “personal beef” against her, pointing to her accusation that Russia’s 2011 parliamentary elections were rigged.

It’s still your fault, Hillary. You had an unauthorized and unsecure email server that you used to conduct official business as secretary of state. If you had followed protocol, the FBI, Comey, and this whole email fiasco that could have put our national security at risk wouldn’t have been an issue. At the end of the day, the fault rests with you, not James Comey that your emails and the allegations that your mishandled classified information were even in the spotlight. Second, yes, Comey’s letter to Congress informing them of the new emails days before voters headed to the ballot boxes caused a firestorm. Comey was in a no-win situation. If he sat on these emails, he would be accused of withholding information to what was thought to be a closed investigation. If he informed the public now, he would be accused of interfering with an election. Either way, he was going to be accused of politicizing the investigation, which again, would even have been a centerpiece of the 2016 cycle if Hillary had a proper and State Department-sanctioned email arrangement. Comey thought option B was the lesser of two evils regarding personal blowback to him and that of the FBI. Last, Clinton has to know her husband jumped on the late former Secretary of Defense Caspar Weinberger being indicted in connected to the Iran-Contra affair four days prior to the 1992 election, which was used by Bill to undermine then-President George H.W. Bush’s presidency. So, using federal investigations, as a political football isn’t unprecedented, only this time it was the Clintons in the crosshairs.

Again, we have no clue whether Moscow directed the hacks with the purpose of helping Trump. The FBI and the DHS has said that there was no “technical interference” from Russia, and that they did not impact ballot counts. Even the Obama administration has said that the election results reflected the will of the people. This Moscow plot that’s being peddled by partisan Democrats is held up solely by anonymous sources. There is no evidence to prove Russia was trying to help Trump with these hacks. The FBI is skeptical; the CIA is more or less certain. The voters don’t agree that the Russian hacks impacted the election. The intelligence community is confident that Russian-backed hackers broke into the computer systems of the Democratic National Committee, but Wikileaks, who has been a main source for information on the Democrats’ dirty laundry said their sources are not Russian, the hacker Guccifer 2.0, who fed information to Gawker and The Hill, is another story. So, pretty much Clinton and her crew are mad that hackers made them look bad. That’s what’s concrete so far. Hacking is just another thing we’re going to have to deal with on the geopolitical stage. Maybe the DNC should have had better firewalls like the RNC.

In the end, Clinton lost. And that’s all on her. Not Russia, not the FBI, not sexism, racism, or misogyny—she, like in 2008, is just a terrible candidate. There is Obama. There is Bill Clinton. And then there’s old, sick, untrustworthy, inauthentic, and fake Hillary.