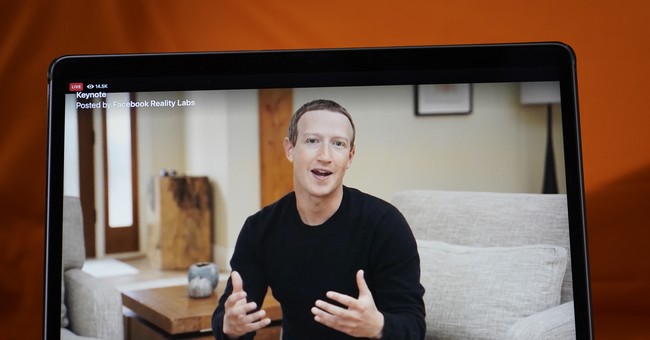 Meta CEO Mark Zuckerberg and other company executives ordered their employees to stop discussing abortion due to an “increased risk” that the company would be perceived as a “hostile work environment.”

According to a policy seen by The Verge, employees are prohibited from sharing “opinions or debates about abortion being right or wrong, availability or rights of abortion, and political, religious, and humanitarian views on the topic.”

The policy was reportedly added to the company’s “Respectful Communication Policy.” It runs counter to the policies with employees being allowed to discuss “respectfully” about issues like Black Lives Matter, immigration and transgender issues.

During a Thursday meeting, Meta’s Vice President of Human Resources Janelle Gale reportedly said that abortion was “the most divisive and reported topic” by employees on Workplace. She said that “even if people are being respectful, and they’re attempting to be respectful about their view on abortion, it can still leave people feeling like they’re being targeted based on their gender or religion.”

In a recording of her remarks was obtained by The Verge, Gale added that abortion is “the one unique topic that kind of trips that line on a protected class pretty much in every instance.”

Naomi Gleit, a Meta executive, wrote in an internal post seen by The Verge that the company will restrict the discussion of abortion, even after another executive, Sheryl Sandberg, wrote a pro-abortion post on her personal Facebook page followed by over 2 million users.

“At work, there are many sensitivities around this topic, which makes it difficult to discuss on Workplace,” Gleit wrote in her post. She added that employees can only discuss abortion at work “with a trusted colleague in a private setting (e.g. live, chat, etc.)” and in a “listening session with a small group of up to 5 like-minded people to show solidarity.”