Trump Steps Up Feud With Sessions 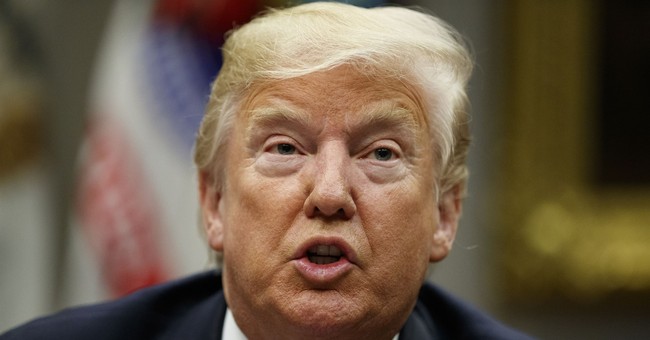 The war of words between President Trump and his attorney general continued Friday, as Trump seemed to mock Jeff Sessions, calling on him to investigate the “other side.”

Trump quoted the attorney general’s statement from Thursday saying DOJ “will not be improperly influenced by political considerations,” which came after the president's attacks on him during a "Fox and Friends" interview. Sarcastically, the president said that was “great” so he should “look into all of the corruption on the ‘other side.’”

The president then listed a series of people and matters he believed Sessions should investigate.

“Department of Justice will not be improperly influenced by political considerations.” Jeff, this is GREAT, what everyone wants, so look into all of the corruption on the “other side” including deleted Emails, Comey lies & leaks, Mueller conflicts, McCabe, Strzok, Page, Ohr......

....FISA abuse, Christopher Steele & his phony and corrupt Dossier, the Clinton Foundation, illegal surveillance of Trump Campaign, Russian collusion by Dems - and so much more. Open up the papers & documents without redaction? Come on Jeff, you can do it, the country is waiting!

Then, citing the recent sentencing of former NSA contractor Reality Winner, who was given five years in prison for leaking classified information about Russia’s interference in the 2016 election, Trump said what she did was “small potatoes” compared to Hillary Clinton and told Sessions it was “unfair” and a “double standard.”

Ex-NSA contractor to spend 63 months in jail over “classified” information. Gee, this is “small potatoes” compared to what Hillary Clinton did! So unfair Jeff, Double Standard.