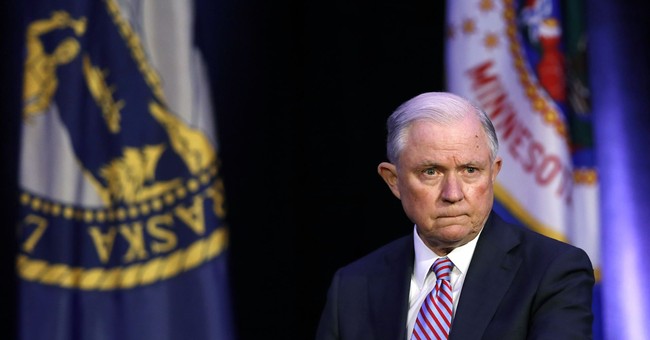 President Trump criticized Attorney General Jeff Sessions on Thursday and revealed the only reason he hired him for the job to begin with.

In an interview broadcast Thursday morning on “Fox and Friends,” Trump tells anchor Ainsley Earhardt that Sessions was never able to take control over the DOJ.

“It’s sort of an incredible thing,” he added.

He then renewed his criticism of Sessions over his recusal from the Russia investigation.

“Jeff Sessions recused himself, which he shouldn’t have done, or he should have told me,” Trump said. “He took my job, and then he said, ‘I’m going to recuse myself.’ I said, ‘What kind of man is this?’”

The president explained the only reason he gave Sessions the job was because of his loyalty when his campaign first launched.

"The only reason I gave him the job is because I felt loyalty," Trump said Thursday. "He was an original supporter."

Sessions, then a Republican senator from Alabama, was one of the earliest and biggest names to support Trump during the Republican primary.

“I put in an attorney general that never took control of the Justice Department.” -President @realDonaldTrump pic.twitter.com/ARTg1JbeK2