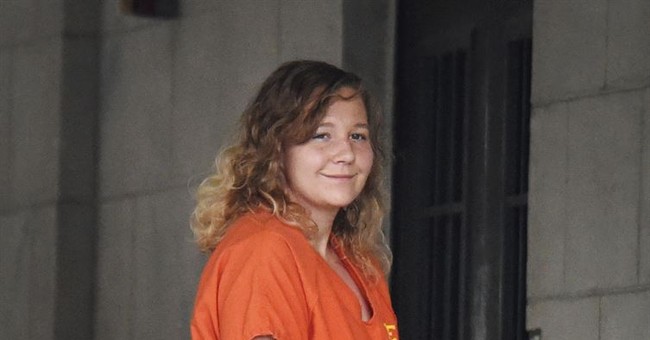 Reality Winner, the 26-year-old former National Security Agency contractor who leaked classified information about Russia's interference in the 2016 election, has been sentenced to five years in prison. She was arrested last year and pleaded guilty in June.

"The sentence rendered today is the longest received by a defendant for an unauthorized disclosure of national defense information to the media," U.S. Attorney Bobby L. Christine said in a statement Thursday. "It appropriately satisfies the need for both punishment and deterrence in light of the nature and seriousness of the offense.”

Winner was an Air Force translator who worked as a contractor at an NSA office in Augusta, Georgia, where she printed a classified report and left the building with it tucked into her pantyhose, CBS News reports. She then shared the document with a news outlet.

Her family refer to her as a "patriot."