Who Does Bill Clinton Want for VP? 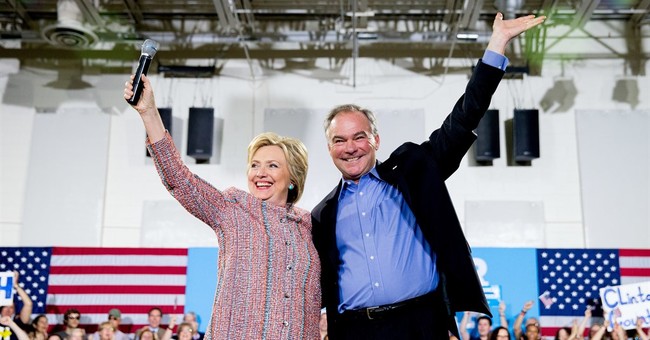 Democratic nominee Hillary Clinton is expected to announce her running mate on Friday. If she listens to her husband, it’ll be Virginia Sen. Tim Kaine. Former President Bill Clinton told a few confidantes that’s his No. 1 pick, according to the New York Times.

Clinton is impressed by Kaine’s resume, especially as voters are becoming increasingly concerned about national security, the report reads.

Mr. Clinton believes that Mr. Kaine, 58, a former governor and member of the Senate Armed Services Committee, has the domestic and national security résumé that both appeals to voters and makes him prepared for the presidency.

Clinton appeared with Kaine at a rally in Annandale, VA last week, where the Virginia senator offered a sound speech and proved he could create some chemistry with the Democratic nominee. Not to mention, it helps that he hails from a swing state.

As for former candidate Admiral James Stavridis, he noted this week he may or not even be voting for Clinton - and Housing and Urban Development Secretary Julian Castro disqualified himself by violating the Hatch Act during an interview with Katie Couric.