Rumored Hillary VP Candidate Is 'Leaning Toward' Voting For Her 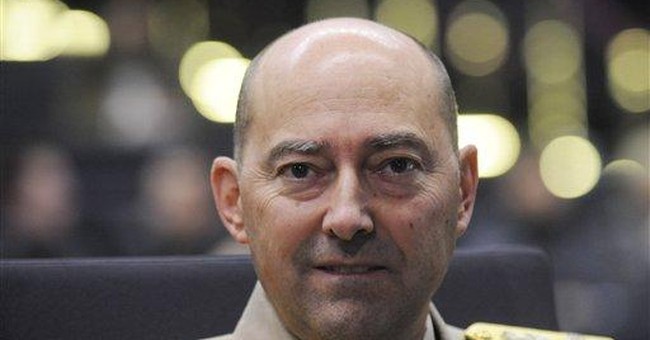 In an embarrassing turn of events for presumptive Democratic nominee Hillary Clinton, one person that was rumored to be on her vice presidential candidate list may not even be voting for her in November. When Brian Kilmeade asked Admiral James Stavridis on his radio show "Kilmeade and Friends" on Tuesday which candidate has his support, Stavridis said he's still trying to make up his mind.

“At this point, I would say that I am leaning toward Secretary Clinton from everything I have seen so far,” he told Kilmeade.

He's an independent, he noted.

“I am a registered independent which is something I encourage all military folks to do,” he said. “Over the years, I have voted both Republican and Democrat. I try to judge each election on the candidates in front of me and make an informed decision as a citizen and that’s what I would expect everyone to do.”

In regards to what he's looking for in a candidate, Stavridis cited temperament, judgment and his or her ability to surround themselves with reputable advisors - traits one would think would be hard to reconcile in a scandal-ridden Hillary Clinton.