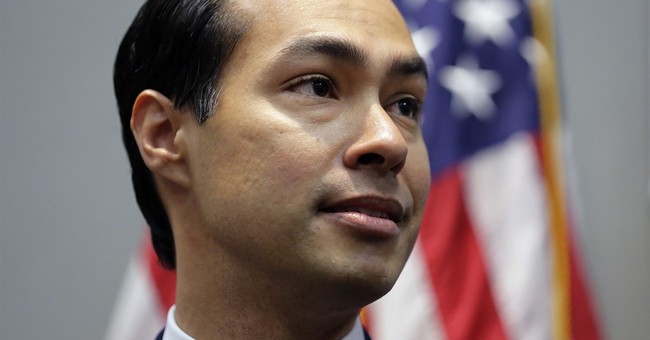 Housing and Urban Development (HUD) Secretary Julian Castro broke government rules in April by weighing in on the 2016 election. As a federal employee, the Hatch Act restricts him from offering his political opinions. A watchdog group even sent him a letter to warn him about the consequences of violating the rule. Yet, that clearly didn’t stop Castro from praising Democratic nominee Hillary Clinton during an interview with Yahoo!’s Katie Couric, calling her "the most experienced, thoughtful, and prepared candidate for President that we have this year." He also claimed Donald Trump wasn't prepared for the role.

Shortly after, Castro, who was rumored to be one of Clinton’s running mates, changed a HUD policy that appeared to be intended to get her attention and increase his odds of getting on the ticket.

The U.S. Office of Special Counsel's investigation concluded that Castro had violated the Hatch Act during the Couric interview and Castro acknowledged he made a mistake.

That was apparently enough for him to escape any kind of accountability. At a press briefing on Tuesday, White House spokesman Josh Earnest suggested Castro had learned his lesson.

“I think, to his credit, Secretary Castro acknowledged the mistake that he made," said White House press secretary Josh Earnest.

"He owned up to it, and he's taken the necessary steps to prevent it from happening again.”

Hot Air’s Ed Morrissey had a good explanation for why the White House is letting Castro off scot-free.

Why would he? He's not punishing the nominee for violating federal law either. https://t.co/VBnSqkFTZF