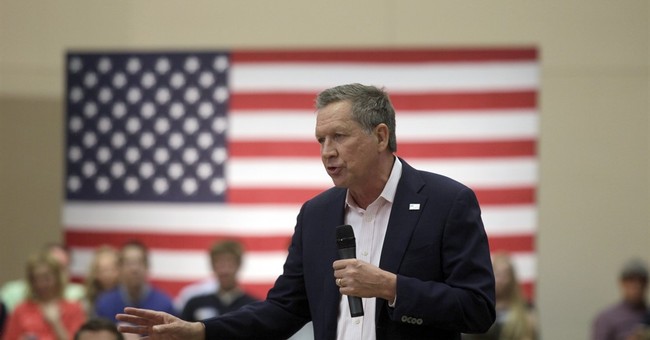 The terror attacks in Brussels this week set a somber tone for the 2016 campaign trail and urged candidates to offer solutions as to how to stop the senseless violence. Meanwhile, the Stop Trump movement appears to be in full effect, with Teams Cruz and Kasich reportedly trying to convince delegates that the businessman is the wrong choice. The Democratic candidates, meanwhile, are setting their sights on Alaska, Hawaii and Washington ahead of Saturday's contests. Republicans get a two-week primary break.

Ted Cruz: When Cruz wasn’t defending his wife from the Trump campaign this week, he was criticizing President Obama’s seemingly casual reaction to the Brussels terror attack. The president, Cruz said, should have immediately flown to Belgium upon hearing the horrific news. Cruz caused some controversy when he suggested we monitor Muslim neighborhoods in the United States. During his visit to Argentina, Obama called the idea “un-American.” As the candidates start to descend on Wisconsin, Gov. Scott Walker argued Cruz was the only Republican left in the race who can beat Trump. Cruz and Trump are currently neck and neck in The Badger State.

John Kasich: Lindsey Graham may have endorsed Cruz, but on Thursday he admitted Kasich would be the better president. The Ohio governor is still resisting calls to end his campaign so Republicans would be better poised to defeat Trump. Impressively, Kasich is running even with Trump in Pennsylvania after struggling to get on the ballot. Maybe Kasich is not such a pain for the anti-Trump crowd after all?

Hillary Clinton’s counterterrorism speech at Stanford on Wednesday was short on solutions to combat terror and full of insults for her Republican rivals. She beats Trump handily in a new Fox News national poll, yet trails Cruz and Kasich. It suggests she is looking beyond Bernie Sanders to the general election. Yet, a new national survey shows she may want to rethink her strategy. Thursday’s Bloomberg poll shows the Vermont senator actually has a slight edge over her. During an appearance on The Young Turks on Wednesday, Sanders refused to say whether he’d endorse Clinton should she win the nomination.