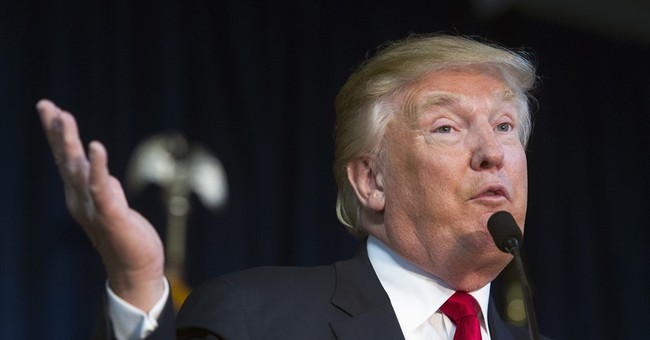 An anti-Trump SuperPAC ran an online ad in Utah and Arizona this week featuring a racy photo of Donald Trump's current wife from a GQ spread.  Trump, not known for his grasp of details or general understanding of how things work, responded this evening by attributing the ad to Ted Cruz -- culminating in a threat against Heidi Cruz, the Texas Senator's wife. Disgusting:

Lyin' Ted Cruz just used a picture of Melania from a G.Q. shoot in his ad. Be careful, Lyin' Ted, or I will spill the beans on your wife!


His original tweet was quickly deleted, leading some to suspect he'd either been informed that Cruz wasn't behind the photo, or that he'd thought better of leveling threats against Mrs. Cruz.  Wrong.  Trump reposted the tweet minutes later, this time with an added insult. The piece to which Trump is reacting was produced by Make America Awesome, a conservative group that has been trolling the Republican frontrunner for months, and is entirely unaffiliated with Cruz. Several people have speculated that Trump is referring to "spilling the beans" on Mrs. Cruz's documented past struggles with depression, which Trumpworld has allegedly been whispering about for weeks. It's a nasty, clueless gutter play from a classless candidate.  Cruz shot back minutes later:

Pic of your wife not from us. Donald, if you try to attack Heidi, you're more of a coward than I thought. #classless https://t.co/0QpKSnjgnE


So much for the whole "Donald Trump is terrific" spiel. He's not terrific. He's the sort of man who goes off half-cocked and threatens another man's wife in a stupid, misplaced fit of pique.  I'll leave you with a cutting, borderline mean-spirited Trump joke from...Mitt Romney?  Someone was apparently quite displeased with Trump questioning his faith ahead of the Utah caucuses:

Mitt Romney at @NRCC dinner: "Donald Trump has had several foreign wives. It turns out that there are really are jobs Americans won't do."