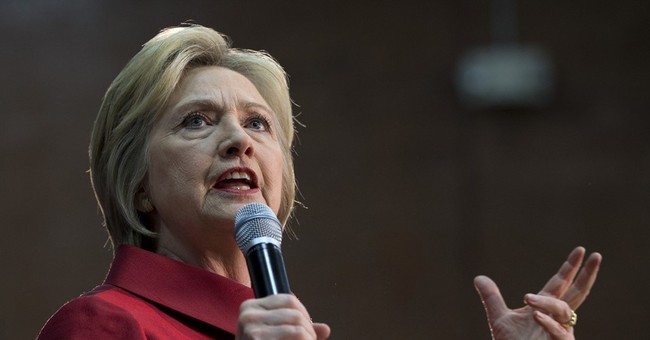 Hillary Clinton addressed the media on Wednesday during a stop in Stanford, California where she addressed the common struggle that terrorism provides the world and gave virtually no new ideas to combat the problem.  Some were expecting that she take a more aggressive position on Obama's failed foreign policy, but she merely repeated what world leaders have told us for the last 10 years.

Hillary has a three-part plan to defeat ISIS in the Middle East, around the world, and here at home. pic.twitter.com/Nh1JrS2lmD

"In our fight against radical jihadism, we have to do what actually works. What doesn't work: offensive rhetoric that demonizes all Muslims," she said.

America should not be shutting our doors to orphans or applying religious tests for people fleeing persecution. That’s not who we are.

Some had even expected her to take a more aggressive stance on combating terrorism including RNC Chairman Reince Priebus.

“Hillary Clinton and President Obama have been wrong about ISIS at every turn, which has resulted in more attacks and a more dangerous world. From her failed Libya policy, to her support for the president’s hasty withdrawal from Iraq, to her failed online counterterrorism program at the State Department, Hillary Clinton has backed policies that have enabled ISIS to grow into a global threat. Just today, President Obama claimed ISIS was ‘not an existential threat,’ despite its ability to launch attacks on American soil and use of chemical weapons. We need a president who will take a fundamentally different approach to defeat radical Islamic terrorists, not someone like Hillary Clinton who dangerously believes we ‘finally are where we need to be,’” Preibus said in a statement.

Disregarding political positions, we must come together and come up with a completely new theory of how to end the madness of Islamic terrorism.  No new ideas have emerged from either Democrats or Republicans over these many years to combat this threat and we are slowly seeing there is no plan.