EPA Expected To Be Hit With $800 Million In Budget Cuts 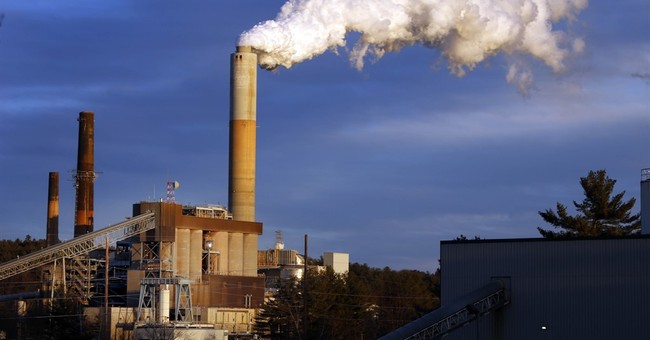 The Environmental Protection Agency is facing a projected $800 million in budget cuts, as their facelift from the Trump administration continues. The White House has all but issued a gag order on the EPA regarding social media posts, blogs, and press releases. Needless to say, this seems to be the first steps in reining in the agency that has waged war on Middle America and introduced endless pages of regulations that has hurt American coal workers (via The Hill):

The Trump administration’s transition team for the Environmental Protection Agency (EPA) is planning major budget cuts, as well as regulatory and scientific overhauls at the agency, according to a new report.

The team’s plan for the EPA identified more than $800 million in planned budget cuts, including to state and tribal assistance grants, climate programs and environmental programs and management, according to Axios.

Besides adhering to a “constitutionally reckless mission” throughout the past eight years, the EPA was called out by the Supreme Court for “unreasonably” interpreting the Clean Air Act to break the backs of America’s power plants. In another absurd move, the EPA considered issuing fines for residents of Alaska for burning wood to stay warm. With President Trump’s upset win over Hillary Clinton, it’s no shocker that the EPA was sprinting to finalize some last minute regulations on oil and gas. The agency was out of control under Obama, now it’s time to reel it back.

As for the Clean Power Plan, it’s safe to say that’s on the chopping block—and thank God for that. President Trump said overall, he plans to reduce 75 percent of government regulations. Gutting CPP should be part of the butcher’s bill.