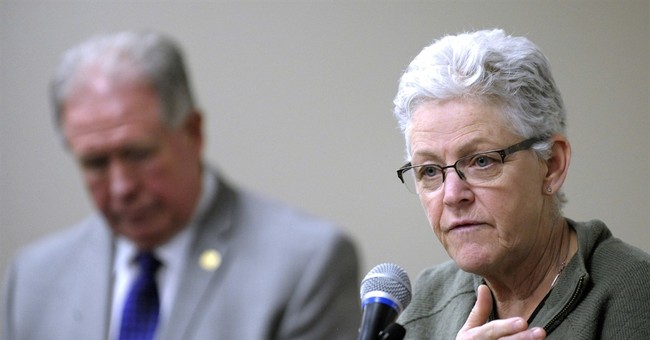 President-elect Donald J. Trump vowed to reverse the damage caused by Obama administration’s job killing, regulation-heavy Environmental Protection Agency. In January, he’s looking to clean house, but with less than ten weeks until Inauguration Day—the EPA is looking to finalize last minute regulations on oil and gas, according to the Washington Examiner:

The head of the Environmental Protection Agency is telling staff to quickly finish up the last round of regulations before President-elect Donald Trump enters the Oval Office next year.

The agency is currently working on regulations for the oil and gas sector, and is finalizing new annual regulations for the nation's ethanol mandate and renewable fuel blending requirements. The agency is also moving rules related to implementation of its landmark Clean Power Plan for cutting carbon pollution from the nation's coal utilities to combat global warming.

The memo ended with McCarthy saying:

President Obama has made it clear that a seamless transition is one of his top priorities, and I share his goal. Soon, you will receive an email from [EPA Chief of Staff] Matt Fritz about next steps. As many of you know, we have a process in place at EPA to make sure this transition runs smoothly and seamlessly."

I look forward to continuing our momentum together. As I've mentioned to you before, we're running — not walking — through the finish line of President Obama's presidency. Thank you for taking that run with me. I'm looking forward to all the progress that still lies ahead."

The Clean Power Plan (CPP) is economic death for rural Americans. It disproportionately impacts states that voted for Romney in 2012, torpedoes the home budgets of fixed-income seniors, and could impact the black and Hispanic communities by putting millions of jobs on the chopping block. It seeks to cut carbon emissions by nearly 30 percent by 2030 from 2005 levels. The blueprints for how states would accommodate the goals of this federal program were due in September. Congress recently passed a bill, the Midnight Rules Relief Act, along party lines, to target and gut these regulations. CPP is still somewhat in limbo since the Supreme Court issued a stay on the power plant regulations in February.