EPA To Alaskans: We Might Fine You For Burning Wood To Stay Warm 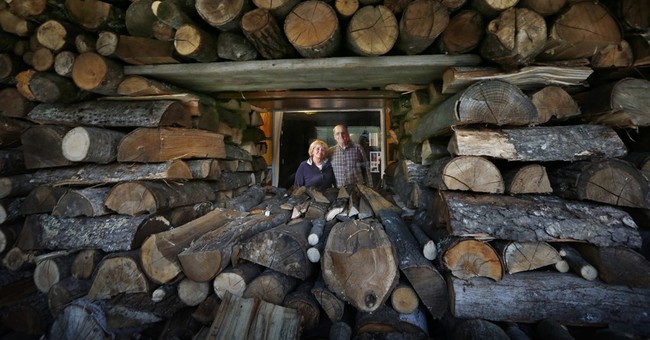 Well, in the Alaskan interior, winters can be brutal. With temperatures dropping below zero, burning wood is the only viable way for Alaskans in these rather desolate areas to stay warm. Yet, government thinks this is a problem concerning small-particle pollution. In fact, the Environmental Protection Agency is so concerned that they’re mulling fining people who burn wood to stay warm. John Daniel Davidson, a senior correspondent for The Federalist (and Alaskan native) had more:

If only the bureaucrats in Washington DC knew what the wolf-dog knew. But alas, now comes the federal government to tell the inhabitants of Alaska’s interior that, really, they should not be building fires to keep themselves warm during the winter. The New York Times reports the Environmental Protection Agency could soon declare the Alaskan cities of Fairbanks and North Pole, which have a combined population of about 100,000, in “serious” noncompliance of the Clean Air Act early next year.

Like most people in Alaska, the residents of those frozen cities are burning wood to keep themselves warm this winter. Smoke from wood-burning stoves increases small-particle pollution, which settles in low-lying areas and can be breathed in. The EPA thinks this is a big problem. Eight years ago, the agency ruled that wide swaths of the most densely populated parts of the region were in “non-attainment” of federal air quality standards.

That prompted state and local authorities to look for ways to cut down on pollution from wood-burning stoves, including the possibility of fining residents who burn wood. After all, a declaration of noncompliance from the EPA would have enormous economic implications for the region, like the loss of federal transportation funding.

The problem is, there’s no replacement for wood-burning stoves in Alaska’s interior. Heating oil is too expensive for a lot of people, and natural gas isn’t available. So they’ve got to burn something.

This of course is a ridiculous situation. The EPA has no business telling Alaskans they shouldn’t burn wood to keep warm in the depths of winter. For one thing, concern over air pollution from wood smoke is misplaced. The high levels of particulate matter in places like Fairbanks in January are not the same thing as smog in Los Angeles. The areas affected by pollution from wood stoves are relatively small because they’re the result of something called inversion. At -30 degrees Fahrenheit, smoke doesn’t rise. It drops down to ground level and settles in low-lying areas. But this doesn’t happen city-wide, it happens on a single block or street.

Well, hopefully things will change once the Trump administration takes over on January 20.