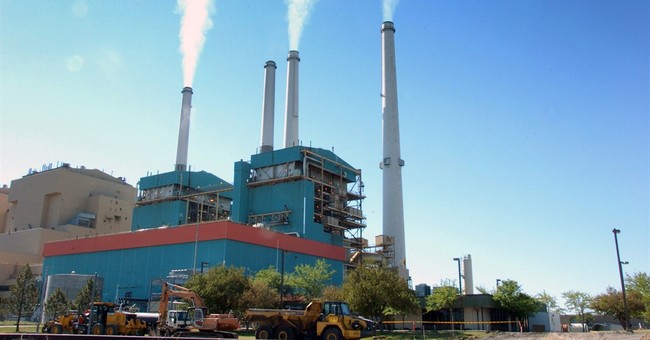 In a five-to-four decision, the Supreme Court ruled that the Environmental Protection Agency “unreasonably” interpreted the Clean Air Act concerning its onerous and costly regulations it imposed on power plants. The government’s position was that cost evaluations were irrelevant, which the Court found to be “unpersuasive.” Justice Antonin Scalia authored the majority opinion.

As the EPA stepped way outside its bounds, it set back the agenda of the environmental left for now. The Court also noted that it would be up to the EPA to re-determine how “to account for cost” (SCOTUS):

Here, EPA found power-plant regulation “appropriate” because the plants’ emissions pose risks to public health and the environment and because controls capable of reducing these emissions were available. It found regulation “necessary” because the imposition of other Clean Air Act requirements did not eliminate those risks. The Agency refused to consider cost when making its decision. It estimated, however, that the cost of its regulations to power plants would be $9.6 billion a year, but the quantifiable benefits from the resulting reduction in hazardous-air-pollutant emissions would be $4 to $6 million a year. Petitioners (including 23 States) sought review of EPA’s rule in the D. C. Circuit, which upheld the Agency’s refusal to consider costs in its decision to regulate.

(a) Agency action is unlawful if it does not rest “ ‘on a consideration of the relevant factors.’ ” Motor Vehicle Mfrs. Assn. of United States, Inc. v. State Farm Mut. Automobile Ins. Co., 463 U. S. 29, 43. Even under the deferential standard of Chevron U. S. A. Inc. v. Natural Resources Defense Council, Inc., 467 U. S. 837, which directs courts to accept an agency’s reasonable resolution of an ambiguity in a statute that the agency administers, id., at 842–843, EPA strayed well be- yond the bounds of reasonable interpretation in concluding that cost is not a factor relevant to the appropriateness of regulating power plants. Pp. 5–6.

(b) “Appropriate and necessary” is a capacious phrase. Read naturally against the backdrop of established administrative law, this phrase plainly encompasses cost. It is not rational, never mind “appropriate,” to impose billions of dollars in economic costs in return for a few dollars in health or environmental benefits. Statutory context supports this reading. Section 7412(n)(1) required the EPA to conduct three studies, including one that reflects concern about cost, see §7412(n)(1)(B); and the Agency agrees that the term “appropriate and necessary” must be interpreted in light of all three studies. Pp. 6–9.

(c) EPA’s counterarguments are unpersuasive. That other Clean Air Act provisions expressly mention cost only shows that §7412(n)(1)(A)’s broad reference to appropriateness encompasses multiple relevant factors, one of which is cost. Similarly, the modest principle of Whitman v. American Trucking Assns., Inc., 531 U. S. 457—when the Clean Air Act expressly directs EPA to regulate on the basis of a discrete factor that does not include cost, the Act should not be read as implicitly allowing consideration of cost anyway—has no bearing on this case. Furthermore, the possibility of considering cost at a later stage, when deciding how much to regulate power plants, does not establish its irrelevance at this stage. And although the Clean Air Act makes cost irrelevant to the initial decision to regulate sources other than power plants, the whole point of having a separate provision for power plants was to treat power plants differently.

Read naturally in the present context, the phrase “appropriate and necessary” requires at least some attention to cost. One would not say that it is even rational, never mind “appropriate,” to impose billions of dollars in economic costs in return for a few dollars in health or environmental benefits. In addition, “cost” includes more than the expense of complying with regulations; any disadvantage could be termed a cost. EPA’s interpretation precludes the Agency from considering any type of cost— including, for instance, harms that regulation might do to human health or the environment. The Government concedes that if the Agency were to find that emissions from power plants do damage to human health, but that the technologies needed to eliminate these emissions do even more damage to human health, it would still deem regulation appropriate. See Tr. of Oral Arg. 70. No regulation is “appropriate” if it does significantly more harm than good.

Our reasoning so far establishes that it was unreasonable for EPA to read §7412(n)(1)(A) to mean that cost is irrelevant to the initial decision to regulate power plants. The Agency must consider cost—including, most importantly, cost of compliance—before deciding whether regulation is appropriate and necessary. We need not and do not hold that the law unambiguously required the Agency, when making this preliminary estimate, to con- duct a formal cost-benefit analysis in which each ad- vantage and disadvantage is assigned a monetary value. It will be up to the Agency to decide (as always, within the limits of reasonable interpretation) how to account for cost.

Some of the respondents supporting EPA ask us to uphold EPA’s action because the accompanying regulatory impact analysis shows that, once the rule’s ancillary benefits are considered, benefits plainly outweigh costs. The dissent similarly relies on these ancillary benefits when insisting that “the outcome here [was] a rule whose benefits exceed its costs.” Post, at 16. As we have just explained, however, we may uphold agency action only upon the grounds on which the agency acted. Even if the Agency could have considered ancillary benefits when deciding whether regulation is appropriate and necessary—a point we need not address—it plainly did not do so here. In the Agency’s own words, the administrative record “utterly refutes [the] assertion that [ancillary benefits] form the basis for the appropriate and necessary finding.” 77 Fed. Reg. 9323. The Government concedes, moreover, that “EPA did not rely on the [regulatory impact analysis] when deciding to regulate power plants,” and that “[e]ven if EPA had considered costs, it would not necessarily have adopted . . . the approach set forth in [that analysis].” Brief for Federal Respondents 53–54.

We hold that EPA interpreted §7412(n)(1)(A) unreasonably when it deemed cost irrelevant to the decision to regulate power plants. We reverse the judgment of the Court of Appeals for the D. C. Circuit and remand the cases for further proceedings consistent with this opinion.

It is so ordered.

The New York Times reported that the decision reverses the DC Circuit Court of Appeals, which ruled that the EPA ‘s regulations were “reasonable,” though Judge Brett M. Kavanaugh wrote in his dissent that attention to the statute highlighting costs was “a matter of common sense, common parlance and common practice.”

As for EPA Administrator Gina McCarthy, she was confident that the Supreme Court would side with the government (in the end, not true), but was not too concerned about a decision that would go against the EPA either (via the Hill):

On a Friday appearance on HBO’s “Real Time with Bill Maher,” EPA head Gina McCarthy said she was confident the Supreme Court would rule in the EPA’s favor.

But she was not too concerned about what would happen if the ruling went against the EPA.

“This is a rule that actually regulates toxic pollution emissions from primarily coal facilities, and we think we’re going to win because we did a great job on it,” she said.

“But even if we don’t, it was three years ago. Most of them are already in compliance, investments have been made, and we’ll catch up. And we’re still going to get at the toxic pollution from these facilities,” she continued.

Furthermore, the EPA’s carbon limits for power plants are expected to shut down more than half of the nation’s coal-fired power plants, which would also reduce the other air pollutants.

Here’s some more the cold water; Ace of Spades’ Gabriel Malor described as “hollow” since most power plants have either closed due these regulations, or paid heavily in legal fees during the course of this case.

EPA win is a hollow victory. Many of the covered power plants either shut down or paid through the nose to comply while suit pending.