Tony Perkins is President of the Washington, D.C.-based Family Research Council. He is a former member of the Louisiana legislature where he served for eight years, and he is recognized as a legislative pioneer for authoring measures like the nation's first Covenant Marriage law. Although he had no opposition for re-election, he kept his pledge to serve only two terms and left office at the completion of his term in 2004. He was a Republican candidate for the United States Senate in 2002. Since joining FRC in the fall of 2003 he has launched new initiatives to affirm and defend the Judeo-Christian values that this nation is founded upon.

Tony Perkins and FRC have led the way in defending religious freedom in the public square, protecting the unborn and their mothers, defending and strengthening one man/one woman marriage and promoting pro-family public policy. Tony hosts a regular national radio program, "Washington Watch Weekly," broadcasts a daily commentary heard on over 300 stations nationwide, and sends daily email updates to tens of thousands of grassroots activists. An effective communicator, he frequently appears on national broadcast and cable news programs. Tony's first book, Personal Faith, Public Policy, co-authored with Bishop Harry Jackson, Jr., was released in March 2008. In addition, he has been a keynote speaker for organizations across the country.

Tony has a tremendous burden to reclaim the culture for Christ and believes that this revival will begin in the churches across America, reach across denominations and racial and economic lines, and build on shared values of family and freedom. Under his leadership FRC has established a thriving Church Ministries program that is rapidly expanding and engaging Christians in civic affairs as never before.

A veteran of the U.S. Marine Corps, and a former police officer and television news reporter, Tony brings a unique blend of experience and leadership to the pro-family movement. He received his undergraduate degree from Liberty University and a Master's Degree from Louisiana State University in Public Administration. In May 2006 he received an honorary doctorate in theology from Liberty University. Tony and Lawana, married in 1986, have five children. 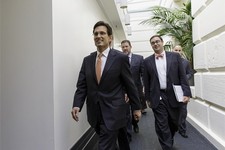 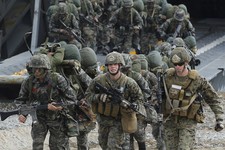