Back to the Basics of Religious Liberty 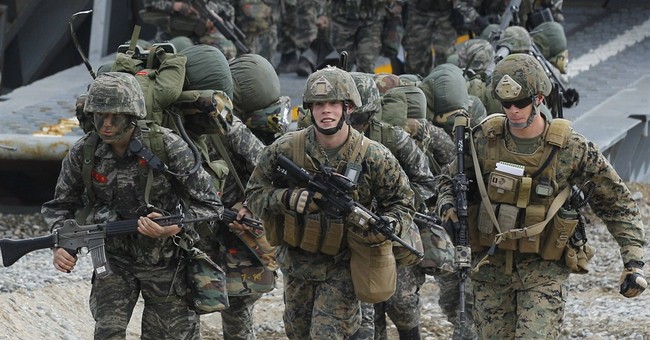 Military officials appear to be in sandbag mode telling the media that the recent revelations about policies that would lead to the prosecution of military members for sharing their faith was all taken out of context. But the evidence would suggest otherwise, which is why more than 165,000 people have signed the Family Research Council (FRC) petition to Secretary Hagel asking him to protect the religious freedom of our troops, and why over 50 Members of Congress have written letters to Hagel prompted by recent events.

Here is a summary of events thus far: On April 26, news broke that anti-Christian activist Mikey Weinstein met with senior Air Force officials to discuss “religious issues” in the military. The Washington Post article led others in the media to ask for an explanation of what assurances, if any, were offered in the meeting. The Pentagon responded with several confusing statements over the course of a week. The first statement said, “Religious proselytization is not permitted within the Department of Defense.” The Air Force issued a statement saying, “Air Force members are free to express their personal religious beliefs as long as it does not make others uncomfortable.” The Pentagon then issued another statement saying that Mr. Weinstein was “granted” a meeting to “express his concerns of religious issues in the military.” The next day, the Pentagon released a third statement, saying, “Service members can share their faith (evangelize), but must not force unwanted, intrusive attempts to convert others of any faith or no faith to one’s beliefs (proselytization).” On May 8, another Pentagon statement said “there is no effort within the department to make religious proselytizing a specific offense within the (Uniform Code of Military Justice).

The Pentagon meeting and the series of confusing statements has widened the ongoing conversation among service members, the media and Christians across the country about the extent and source of religious hostility in the military.

The evidence shows that over the years Mikey Weinstein has become some type of advisor to the military on religious issues. He first met with the Air Force Chief of Staff Gen. Norton A. Schwartz in February 2009. He soon began boasting to the media about his influence over the Air Force. That same year he told the Colorado Springs Gazette that “we have our own bat-signal” which allowed him to reach the Air Force Academy superintendent at anytime.

In November 2011, Mr. Weinstein filed a complaint against the Air Force Academy because it sent an email from cadets to cadets asking for support for Samaritan’s Purse’s Operation Christmas Child. Playing the role of the Grinch, Weinstein complained and 24 hours later the Academy sent out an apology. Also in 2011, Mikey Weinstein proclaimed a “monumental victory” after Air Force Chief of Staff General Schwartz issued a memorandum in which he told his commanders not to “promote their religious beliefs to their subordinates.”

The chilling effect of the memorandum has been felt across the Air Force and created an environment of religious hostility. Examples of this hostility are numerous. A few instances include an Air Force officer being ordered to remove a Bible from his desk, the Air Force suspending a 20-year-old class on “Just War Theory” because it included scriptural references, stripping “God” from the Rapid Capabilities motto and the purging of Bibles from Air Force Inn checklists. The 2011 Operation Christmas Child story noted above is another example. Leaders even removed an article from a Squadron Office School curriculum for referencing chapel. The religious liberty violations go on and on and the fingerprints of Mr. Weinstein are on many of them.

This pattern of intolerance is why the Washington Post’s account of Mikey Weinstein’s Pentagon meeting was so disturbing – especially the report that an “instruction booklet” would be released in a few weeks as a “panacea to all religious issues.” The Air Force Times reports that the booklet will “restate” General Schwartz’s memorandum banning the promotion of religion to subordinates. We have not seen this booklet but if the Air Force Times is describing the contents accurately, then the Air Force’s instruction booklet will continue to advance this environment of hostility toward religious expression.

An environment of religious hostility also has been created in the other uniformed services. On Thursday, Coast Guard Rear Admiral William Lee addressed the National Day of Prayer service on Capitol Hill. He told the story of so many servicemen searching for reasons to live, and talked about one 24-year-old who had tried to commit suicide and failed. Despite the protocol, Lee said he felt strongly that he should give the service member a Bible. “The lawyers tell me that if I do that, I’m crossing the line,” he told the crowd. “I’m so glad I’ve crossed that line so many times.” To a standing ovation, Admiral Lee promised not to back down from “my right under the Constitution to tell a young man that there is hope.”

What should happen next? First, the Pentagon should explain what assurances, if any, were made to Mikey Weinstein in the meeting. If there were no assurances, then the Pentagon should explain that Mikey Weinstein has misrepresented his relationship with the Air Force. Secondly, the Department of Defense should adopt a DoD wide policy that fully protects religious expression and puts an end to an environment that is increasingly hostile toward those who live out their Christian faith.

On May 3 Lt. General (Ret.) Jerry Boykin, FRC’s executive vice president, sent a letter to Secretary Hagel requesting a meeting. We hope this meeting will pave the way for the military to fully embrace the First Amendment right to the free exercise of religion without fear of retaliation.