Chickens Fly the Coop at Voice of America

Tom Tradup
|
Posted: Jun 17, 2020 12:01 AM
Share   Tweet
The opinions expressed by columnists are their own and do not necessarily represent the views of Townhall.com. 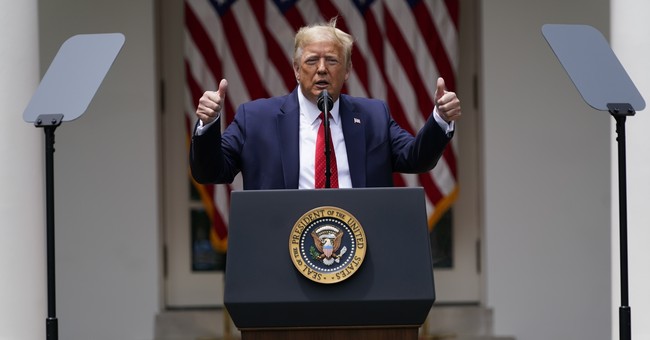 The unintentionally hysterical Washington Post headline said it all: “Top Voice of America editors resign amid strife with White House.”  Post media reporter Paul Farhi apparenty has a different view of “strife” than the generally accepted one found in Funk & Wagnalls. VOA’s two “top editors” resigning is actually a small but long overdue breath of fresh air as President Trump’s appointee Michael Pack begins to clean out the nest of entrenched vipers at VOA.

As I observed in my Townhall column back in December 2016, the present day VOA—once the bastion of America’s Cold War efforts to battle Communism through broadcast arms Radio Free Europe and, more recently, Radio Marti—bears scant resemblance to the pro-USA agency taxpayers came to expect. For example, few taxpayers I know would approve of articles VOA distributed before the 2016 election in Russian, Urkranian and other languages calling Donald J. Trump “a dog,” “a pig,” and other derogatory terms. And lavish waste and mismanagement has continued to be of concern by those charged with Congressional oversight over the past three years with little—if any—actual corrective action.

As I personally learned from insiders at VOA, management offices at the “independent” agency throughout the 2016 campaign were often festooned with Hillary Clinton posters, photos of prominent Democrats, and those goofy lifesized cardboard cutouts of Barack Obama that tourists used to pick up at the souvenir shop at Reagan Airport in Washington.  That’s perfectly okay if you’re working at the teachers union or Planned Parenthood or any other wholly-owned subsidiaries of the DNC, though hardly kosher at a taxpayer-supported agency of the Federal government. But I digress.

The resignations of VOA director Amanda Bennett and deputy director Sandy Sugawara—per the Washington Post—was cloaked in mystery. “It wasn’t immediately clear,” Farhi darkly suggests, why the two submitted their letters of resignation. But he adds they came “amid concerns within the agency” that the Trump administration may “exert greater control” over VOA reporting.

Which is the equivalent of suggesting that there is concern amid the cockroach population that pesticides like Black Flag and Raid might “exert greater control” over their proliferation in your pantry.

Kicking Donald Trump one final time as she scurried out the door before the arrival of the new sheriff, Bennett whined about the Trump Administration’s efforts to limit access for VOA reporters…adding that might possibly“result in the kind of chilling effect on our journalism that we regularly see in the markets we broadcast to that have no free press.”  (You mean like the rest of us are saddled with in New York and Washington, Amanda?)

In an earlier hyperventilation, Bennett countered President Trump’s criticisms of her agency (which he referred to in private lunch with U.S. Senators as “the Voice of the Soviet Union”) with the lame suggestion that “even China” has branded VOA reports as propaganda and has at times “expelled” VOA journalists. I guess Ms. Bennett was asleep during the college history class when they taught how Nazis during World War II would shoot one of their own as “a spy” to cover their other anti-American activities.

The Voice Of America—founded in 1942 during the aforementioned World War II—has an annual budget of around $250-million, 100% funded by American taxpayers. The avowed mission of VOA when it was created was to “tell America’s story” behind the Iron Curtain.  I doubt if the founders envisioned that by the year 2020 their baby would have morphed into a taxpayer-funded version of MSNBC, distributing pathetic, nasty anti-Trump screeds around the globe disguised as “news.”

Michael Pack (whose nomination was held up for two years) is now, finally, on the case. Better late than never. But one word of advice for him: the Hillary posters and Obama cutouts have long-since been hidden away and the cute little American flags are out on the VOA desks.  But even if the most blatant  Trump haters have burrowed underground for the time being…like the 17-year locusts who have reemerged and are swarming across India, they’re still down there at Voice of America. Be sure you hire people who know how to wield shovels.

Tom Tradup is V.P./News & Talk Programming at Salem Radio Network. He can be reached at ttradup@srnradio.com.