Housecleaning at the Voice of America

Tom Tradup
|
Posted: Dec 18, 2016 12:01 AM
Share   Tweet
The opinions expressed by columnists are their own and do not necessarily represent the views of Townhall.com. 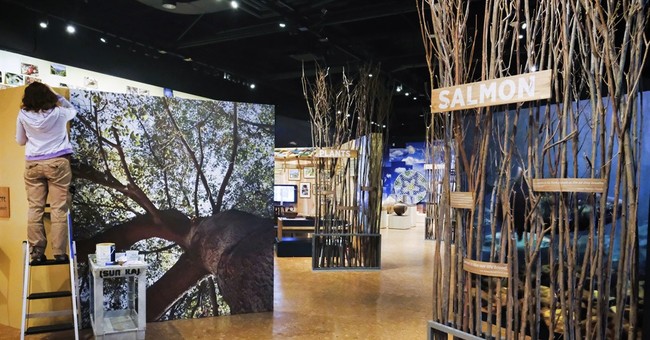 Legend has it that back in the 5th Century A.D., Ireland turned to St. Patrick, a Christian missionary, to rid it of snakes by driving them into the sea.

As 2017 is about to dawn, we may be witnessing the Second Coming of St. Patrick in the form of House Foreign Affairs Chairman Ed Royce (R-CA) who is targeting another nest of vipers at the once-revered Voice of America.

Royce tucked a provision into the recently-passed National Defense Authorization Act (see page 1,404 to be precise) which will eliminate the Federal government’s so-called “Broadcasting Board of Governors” which oversees—among other entities—Radio Free Europe and the Voice Of America.

Predictably, Royce’s action has sent up warning flares from left-leaning media outlets including National Public Radio (which fears an end to the “journalistic independence” at VOA which it says has always been proected by “a firewall preventing meddling by political figures.”) to POLITICO (which hysterically predicts the changes will turn VOA into “Trump TV—financed by taxpayers to the tune of $800 million per year.”)

The facts, however, point to the wisdom of Royce’s move.

The present day VOA—once the bastion of America’s Cold War efforts to battle Communism through broadcast arms Radio Free Europe and, more recently, Radio Marti—bears little resemblance to the pro-USA agency taxpayers came to expect. For example, few taxpayers I know would approve of articles VOA distributed this Fall in Russian, Urkranian and other languages calling Donald J. Trump “a dog,” “a pig,” and other derogatory terms. And lavish waste and mismanagement continues to be of concern by those charged with Congressional oversight.

With the inauguration of Donald Trump only a month away, VOA top executives are reportedly in frantic, massive “hiring mode”… trying to beat any freeze/cutbacks which likely will be implemented by the Trump administration after January 20th.

Ironically, the provision on page 1,404 stripping away the Broadcasting Board of Governors—to be replaced by a CEO appointed directly by President Trump—was embraced by the Obama Administration. But like so many others, they presumably thought Hillary Clinton would be in the Oval Office when the new law went into effect. Instead, with Donald Trump heading to 1600 Pennsylvania Avenue the panic buttons are being pushed, and some liberals are even fearing that the CEO appointed by the new President might be Steve Bannon or even Laura Ingraham.

Progressives always like to impose their views on others, as was the case with ObamaCare: the now not-so-Affordable healthcare act was foisted on voters, but Congress exempted itself from the burdensome regulations and taxes which have substantially dismantled much of what once was the greatest healthcare system on the planet.

So it’s justice that an Obama-backed plan to “streamline” the Voice of America—even as its fiercely independent “journalists” are distributing screeds to audiences overseas which refer to our 45th President as “a dog” and “a pig”—has backfired on them like a nightmarish, broadcast incarnation of the Electoral College.

As for Chairman Royce, he told POLITICO that the elimination of the Broadcasting Board of Governors is just a first step in overhauling VOA and other entities which he says “must be revitalized to effectively carry out their mission in this age of viral terrorism and digital propaganda.”

It may be a fitting climax to the year’s festivities that accomplishing this long-overdue overhaul of VOA—and renewing its mission to broadcast pro-America messages around the globe—will ultimately be overseen by a onetime Reality TV star whose signature line is so sorely needed within the studios and offices at 330 Independence Avenue: “You’re Fired!”