The State of Our Union Is Weak

Is This Joe Manchin's Next Big Move?

Terry Paulson  |  Jun 06, 2011
The opinions expressed by columnists are their own and do not necessarily represent the views of Townhall.com.
Top Columns
Trending on Townhall Media

GOP Rep Calls Romney’s Comments to Santos on House Floor ‘the Rudest I’ve Ever Seen’ Leah Barkoukis
The upcoming election may become less about candidates and more about whether enough voters believe America faces a looming collapse that must be addressed now. Democrats minimize the threat of unfunded entitlements and our growing debt and promise to stay the course to "protect" those who depend on government support. Republicans, pointing to a looming crisis brought on by our unsustainable entitlement culture, the exploding deficit, and an anemic economic recovery, propose an austere budget and program changes that can easily be demagogued as severe and uncaring. One party campaigns on “caring enough to give you what you want" while the other campaigns on "caring enough to confront America’s unsustainable path." As a result, the 2012 election may be the most important choice Americans have faced in decades.

With apologies to Charles Dickens' beloved family classic, A Christmas Carol, what some voters need is a midnight visit by the ghosts of elections past, present and future to break through the denial that so many exhibit.

The Ghost of Elections Past might show voters how Roosevelt's New Deal, designed to combat the Great Depression, actually suppressed economic growth and prolonged the depression and high unemployment. He’d point to President Lyndon Johnson’s "Great Society." Designed to wage war against poverty, Johnson launched costly entitlements that expanded the reach and cost of government—expanded welfare, low-income housing, Head Start, and Medicare. Over the next thirty years, over 5 trillion dollars was spent on the “war on poverty,” but the number of Americans in poverty remained the same. Worse yet, more Americans were now dependent on expensive government programs, and responsible taxpayers were feeling the strain on their pocketbooks.

The ghost could note that when the Social Security Act of 1935 was being debated, it was estimated that Social Security payments would total $4 billion in 1980. In fact, government paid out a staggering $108 billion—off by a massive 2,600%. When Medicare was instituted in 1965, the House Ways and Means analysts predicted it would cost $12 billion in 1990; the actual cost topped $110 billion. They estimated that Medicare Part A would cost $9 billion in 1990—the actual cost $67 billion. Washington entitlements always cost more than projected!

The Ghost of Elections Present would point to the stark contrast about what was promised in President Obama’s "Hope and Change" campaign and the economic results after two years of his administration. The ghost could show the empty storefronts indicative of our anemic “recovery,” the continuing housing defaults and dropping price index, the long unemployment lines, the exploding gas prices at the pump, and end with a face-to-face encounter with the rapidly advancing U.S. Debt Clock.

But it’s the Ghost of Elections Future who could bring home the implications of the upcoming election. Four more years of President Obama means home prices continue on their downward spiral and bankruptcies grow with no relief in sight. The private sector responds to increased taxes, regulations and healthcare costs by refusing to hire more workers. Layoffs continue and real unemployment approaches 20%. The Fed continues to print dollars and buy debt, bringing creditors to the realization that they’ll never be repaid in anything other than a massively devalued dollar.

Reacting to the loss of confidence in the dollar, the IMF and WTO choose to no longer use the U.S. dollar as the standard currency of exchange. With the dollar nothing more than the obligation of a bankrupt government, a new round of double-digit inflation is unleashed. The cost of imported oil skyrockets. With over half of Americans receiving some form of direct government payments and the top 10% of wage earners unable to carry the load, state and federal governments are forced to make severe austerity cuts. With the cuts and the devalued dollar, the poor and middle class are hit with a devastating blow. Millions take to the street in protest, but the government cupboards are bare, and no one is willing to fund America’s debt.

Rather than being caught in America's collapse, companies that can…leave. Those with wealth have long since moved to gold and strategic commodities. The ghost ends his warning pointing to a cavernous cliff a mile in the distance where young and old alike are forced off a cliff of no return for America.

Have you had enough of my ghosts? Get past the denial; we can't borrow forever! As citizens, we must face the problems our current president refuses to address. Be prepared. Demand both parties to provide viable answers instead of campaign rhetoric. If we don't, get ready to face three ghosts in your dreams…or, even worse, a nightmare that becomes reality! 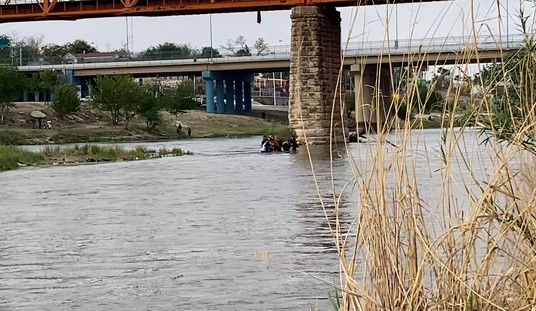